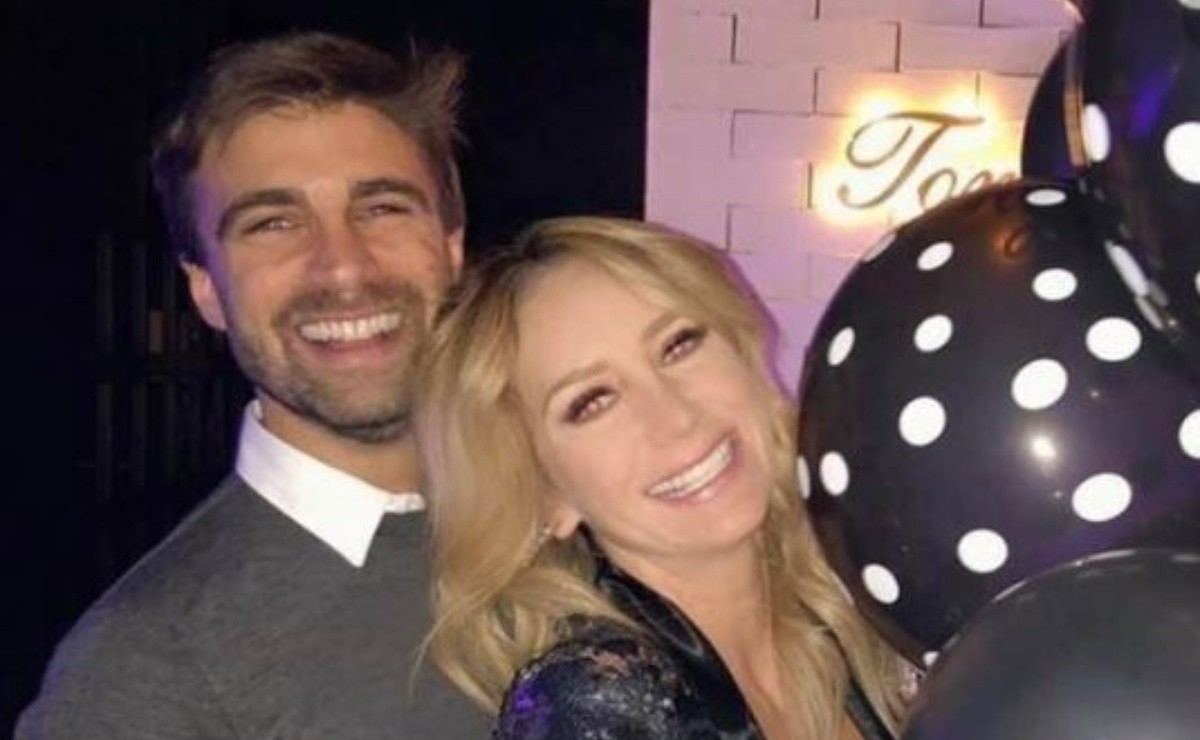 Santiago Ramundo spoke about what the magazine published about the alleged witchcraft that his ex-girlfriend, Geraldine Bazán did to Irina Baeva and Gabriel Soto

In a calm way and like the gentleman he has proven to be, Santiago Ramundo, Geraldine Bazán’s ex-partner, said that he had nothing to say about it, but that it seemed to him that it was out of place and that it was wrong that they put that in the magazine .

Santiago Ramundo recalled the love he lived with Gabriel Soto’s ex and said: With Geraldine we were on very good terms, it was a very beautiful relationship that lasted as long as it had to last.

You can see: Geraldine Bazán more daring with a short dress

After the premiere of the play "What if I get married?" Of Julián Gil, Santiago Ramundo, Geraldine Bazán’s ex-boyfriend, defends the actress after it was said that he did witchcraft to Irina Baeva so that her face was disfigured. Video: Fernanda Aguilar

A publication shared by the Official TVNotas Magazine (@revistatvnotas) on Nov 24, 2019 at 2:36 am PST

After the controversial publications of the magazine, Gabriel Soto and Irina Baeva imply that Geraldine Bazán is envious of him, now with forceful phrases that they published in their instagram stories, as many know, the Russian model uses social networks to download all her feelings and this time it was not the eception.

Let us remember that just a few days ago Geraldine Bazán exposed Gabriel Soto and claimed him for making her daughters cry and forcing them to greet Irina Baeva, her current partner, Bazán, affirmed that the girls’ relationship with Irina Baeva is rispida and nothing nice for girls.

Also read:  Geraldine Bazán Will Not Allow Irina Baeva To Get Close To Her Daughters

Faced with the accusation Gabriel Soto, did not remain silent and published some photos of Elissa and Miranda living with Irina Baeva and affirmed that they are not suffering or crying as claimed by his former partner and mother of his daughters.

Here in moments of crying, confusion and insecurity … ���� Life is about being happy and making others happy. We have already closed the folder of that history of attacks where we all get hurt and we are focused on giving the greatest possible love to all those around us. We wish with all our hearts to be able to live together in peace and in a civilized way, but unfortunately it is no longer in our hands. We will always continue to wish everyone all the best and live together in harmony as a couple and family. We love you all very much. These photos were not taken with the intention of publishing them since they were intimate moments, but I do so now under the circumstances.

With these publications, both Geraldine Bazán and Gabriel Soto make their millions of followers understand that their relationship is not as peaceful as they had been led to believe in recent months and that apparently they have not yet forgiven each other completely and continue to have differences by having as a couple to Irina Baeva, who was branded as Soto’s lover while he was married to Geraldine.

Bazán also received harsh comments after talking about Gabriel Soto when the publication had been made by a magazine, implying that it was Irina Baeva and Soto who were trying to damage his image.

For her part, Irina Baeva published some sentences against Geraldine: "Understand me, I don’t have time for things that have no soul", by the German writer and poet, Charles Bukowski and now she published another that says: If comments full of anger and envy were bullets, social media would be a graveyard.