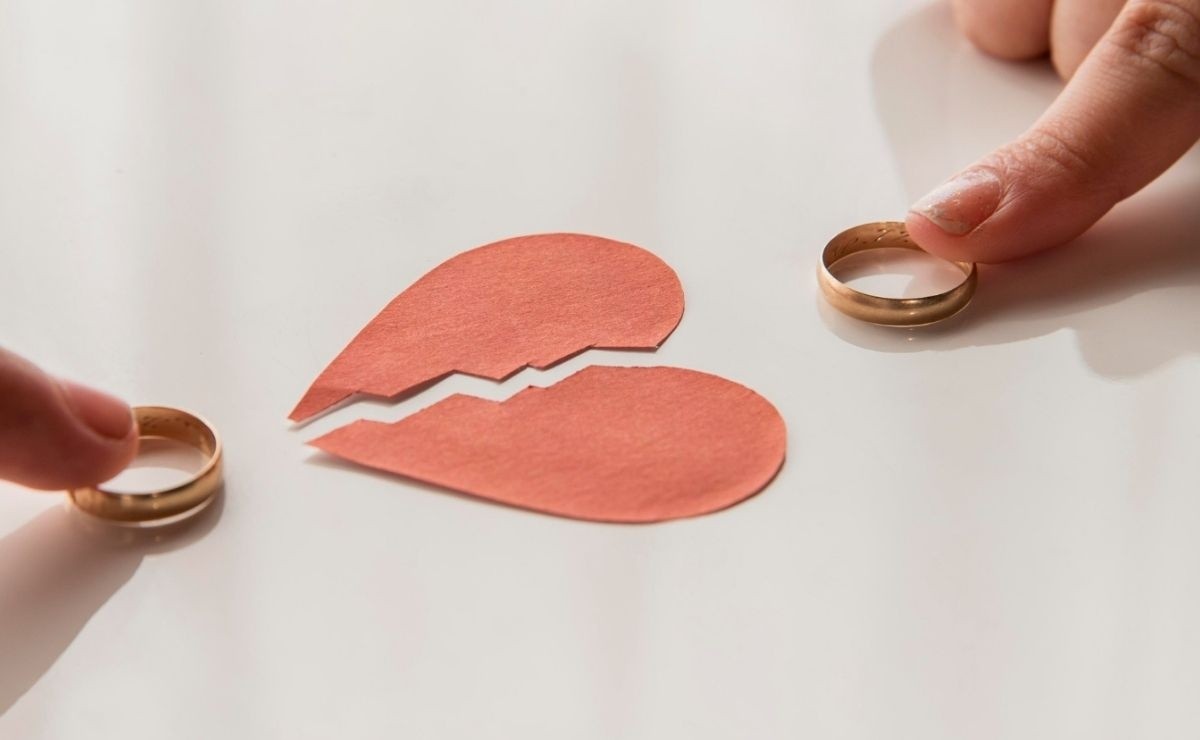 Although we have been told that we must fight to save a marriage, there are some situations that should not be allowed for any reason and that make divorce the only way out

We have always been told that one must fight to the end to save a marriage , giving up should not be in the vocabulary and making "they lived happily ever after " a reality should be put as a priority, however there is Sometimes that is quite a difficult task and although it sounds cruel, divorce is the best option.

Living 24 hours a day with a person is not easy at all, since apart from the fact that you have to deal with your character and the things that happen to you, you also have to do the same with the other person. In fact divorce has cataloged by countless researchers and psychiatrists as the second most stressful and painful process during adulthood, after the loss of a child. However, no matter how hard you try to avoid it, there are five reasons why you should get divorced immediately.

Lies: Remember that trust is the pillar of all relationships, that is why when it is lost it is very difficult to recover it, apart from the fact that living together becomes hell when doubting what the other does or everything he says .

Infidelity: Although there are many people who are victorious after an infidelity and in fact it helps them to identify the flaws that the relationship had and eliminate them, when betrayal becomes a habit, it is best for each one to take their own path. Since infidelity is going to park in coexistence until ending with the little respect that was had.

There is a probability that the victim will seek revenge, meet the third person involved, and the cheater will continue his double life. That is why when a betrayal occurs, sometimes continuing together is not the best option.

Addictions and compulsive disorders: There are countless pathologies that can occur between couples, such as drugs, alcohol, gambling, vigorexia, tanorexia, orthorexia, etc. among many other kinds of uncontrolled impulses. It will be impossible for the couple to save the other person if they are not willing to change.

If you see that the person to whom you swore eternal love has any of these addictions against which they have not been able to win, one of the best options is separation, since you will not be able to save them if he or she does not want it.

More or less obvious abuse : There are relationships that must end due to their high level of physical and psychological abuse. When there are these disrespects and the integrity of the person is endangered, it is best for each one to take their own path, since if they continue, the consequences can be fatal.

When we talk about abuse, we usually think that it is only the blows or shoves, however there are others that are even more painful, which are humiliation, discrediting a person, lifting him false, manipulating and despising him.

Love is over: When the desire to be together is over there is nothing to do. If they have realized that they have become a couple of friends who share the fact or worse, two people who have been fighting in the same house, the best thing is a friendly separation before there is something that makes it bigger. the gap between you. Sometimes love is transformed and that turns into a beautiful affection.

Also read:  Divorce is not a failure, it is a new opportunity to be happy