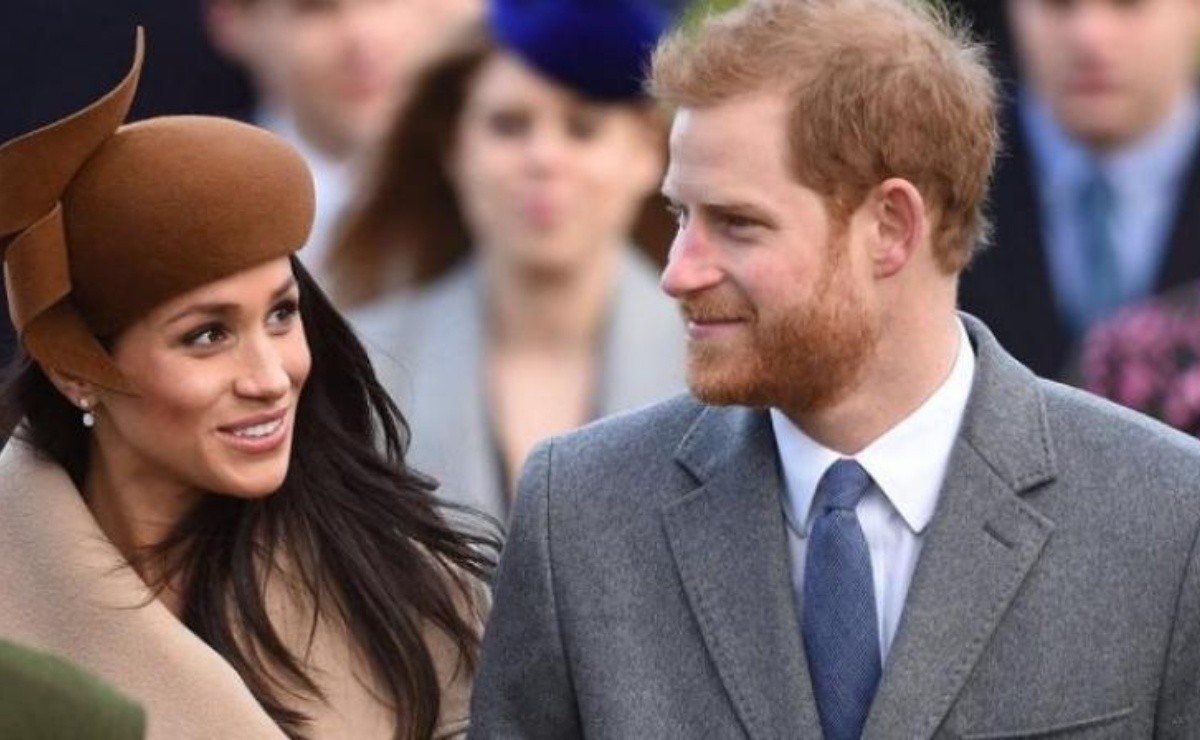 If something has characterized the Duke and Duchess of Sussex, it is the charity work they have carried out and now Prince Harry made a teenager happy with a message from his wife

After the trip that the Dukes of Sussex made through South Africa, now they return to England and tour Nottingham, this time Prince Harry did it without Meghan’s company, but now he serves as her messenger.

Meghan Markle, Duchess of Sussex was conspicuous by her absence during Prince Harry’s tour of the British city of Nottingham, however, she did not miss the opportunity to use her husband as a messenger to deliver a letter to a young woman.

Due to World Mental Health Day celebrated on October 10, Prince Harry visited St Ann’s, Nottingham, where he met with members of two community youth initiatives and was also tasked with delivering a message to Meghan.

Today, on World Mental Health Day, The Duke of Sussex returned to St Ann’s, Nottingham, to reunite with members of two community youth initiatives he’s been supporting for many years – EPIC Partners mentoring at Nottingham Academy and Community Recording Studio (CRS). At Nottingham Academy, HRH spoke with several of the youth he’s met on previous visits who are now mentoring younger students to ensure they’re managing their mental health both at school and at home. The Duke took part in the school assembly, where they talked about managing stress at every level and he shared his own thoughts on the importance of good mental health. There was also a fun visit with a therapy dog ​​who supports students who feel reluctant to read, and allows them to garner more self confidence. The visit ended at the Community Recording Studio (CRS) in St Ann’s, a youth organization that teaches video and music skills, allowing a creative outlet for self expression. The members recently created a Hip Hopera titled ‘Mental’ – a musical that explores mental illness through drama, spoken word and song. Overall a very special day celebrating community and seeing how we can all play a part in supporting each other’s wellbeing and mental health. #WMHD Photo © ️PA Images

Also read:  This is how the royal family behaved with meghan markle on their wedding day

These were EPIC Partners mentoring at Nottingham Academy and Community Recording Studio (CRS), the two groups with whom the Duke of Sussex spoke, and who advise students to ensure their mental health management in their environment.

But Prince Harry had a mission of the utmost importance when he arrived at the Nottingham academy, he had to find a girl who was sending letters to Meghan and that now his wife had sent him a reply with him.

It is about a 14-year-old teenager named Aleyna Genc, who has faced multiple operations on her brain due to a tumor, and who, while in the hospital, exchanged letters with the Duchess of Sussex when she was still an actress.

The young woman expected Meghan Markle to respond in the same way, through a letter, but her surprise was greater when Prince Harry showed her a voice message that his wife had asked him to take to Aleyna.

Speechless was Aleyna Genc, ​​whose only reaction was to hug Prince Harry and as a thank you gave him a gift for Archie , the first-born of the Dukes of Sussex.

The gift for Archie was a toy dog ​​that serves as therapy for children to feel stimulated when it comes to reading and also gives them confidence in themselves.

It may interest you: Meet the lawyer who will defend Meghan Markle in court.