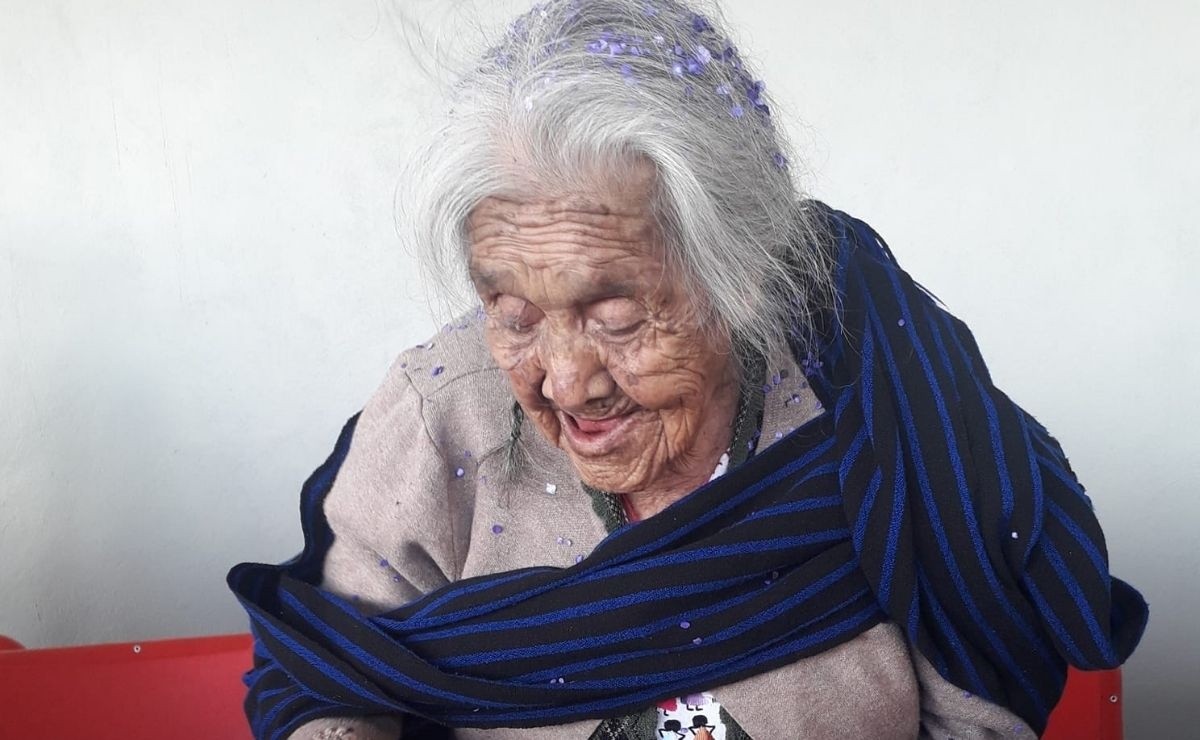 The woman who looks like the character in the movie "Coco" and who is a native of Michoacán, celebrated another year of life with her relatives and a cake

After the release of the "Coco" film, several noticed the resemblance of Doña María Salud Ramírez Caballero with the character of "Mama Coco", which made her famous worldwide and on September 16, she reached the age 108 years old and in his native Michoacán, his family celebrated him with a cake.

In the town of Santa Fe de la Laguna, in Michoacán, "Mama Coco" , as she is called due to her resemblance to the character in the film, celebrated with a cake that had precisely this animated figure, Dona María Salud looked very happy and grateful to those who had their detail.

"Mama Coco" They have their Facebook account and then shared the small gathering that celebrated its 108 birthday and the cake went with everything and confetti "Thank God today fill up another year of life , " he wrote in the publication that filled with comments from internet users.

“Congratulations mom coco. May God continue to bless her "," Happy birthday, may my father God bless her and may she fulfill many more years of life "," Mama Coco I love you as I love my Mother God bless you very much ", were some of the hundreds of messages you received.

The feature film "Coco" is based on the tradition of the Day of the Dead ", in it" Mama Coco "is very close to her grandson Miguel who wants to be a singer, but his family does not agree in that profession, months after When the film was released, some noticed the resemblance of Doña María Salud and with a photo published on the networks, the grandmother became famous.

Before the pandemic, hundreds of people came to the house of Doña María Salud to take their photo with "The real Mama Coco", she does it with great pleasure and her family appreciates the expressions of affection for their relative, also and before After the arrival of the Covid, "Mamá Coco" received people on her birthday who entertained her with gifts and the traditional cake, this year, only her family celebrated it grateful with life for one more year for the grandmother.