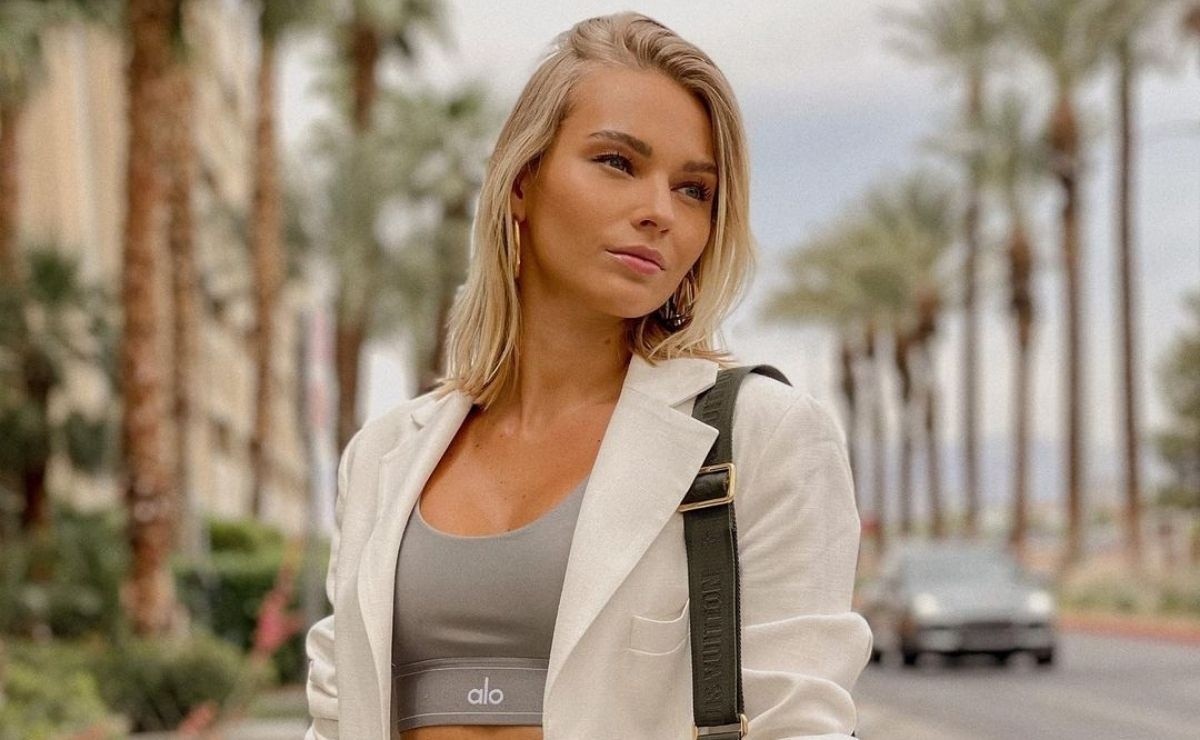 Although in most of her publications Irina Baeva appears in sportswear, this time she left everyone with their mouths open when she appeared with a tiny skirt that caused sighs and the reaction of her fiancé, Gabriel Soto.

The beautiful Russian model who has already started the recordings of Angelli Nesmar’s telenovela, Allá nos Vemos , which is expected to air next year and in which she shares credits with her boyfriend, Eva Cedeño and Andrés Palacios , is at her best. moment. Now in a black lace skirt, Irina Baeva drives Gabriel soto crazy.

In the series of images that Irina shared on her social networks, she appears more beautiful than ever with a checkered sweater and a short black lace skirt. Her hair was combed in waves, nothing to do with the last photograph she shared where she appears personified as Debra, her character in the aforementioned melodrama. In the description he mentioned that he was celebrating the Day of the Dead.

The celebration of the Day of the Dead

In less than 24 hours the post of who will be Gabriel Soto’s wife at the beginning of 2022, accumulated more than 13 thousand ‘likes’ among them that of her fiancé, as well as some comments where her followers praised her impressive beauty that has earned the title of Barbie.

"Reina", "I love your outfit and I want it for me", "You are fire" and "Beauty" were some of the messages addressed to the actress who has just won the legal battle against the Peruvian driver Laura Bozzo. It was the soap opera gallant who through his social networks gave the news that it was a justice had been done and the law had proved them right.

For those who believe they have the right to express their opinion, judge, insult and mock WITHOUT KNOWLEDGE of cause, here is the result. One more battle won. Freedom of expression has limits !!!