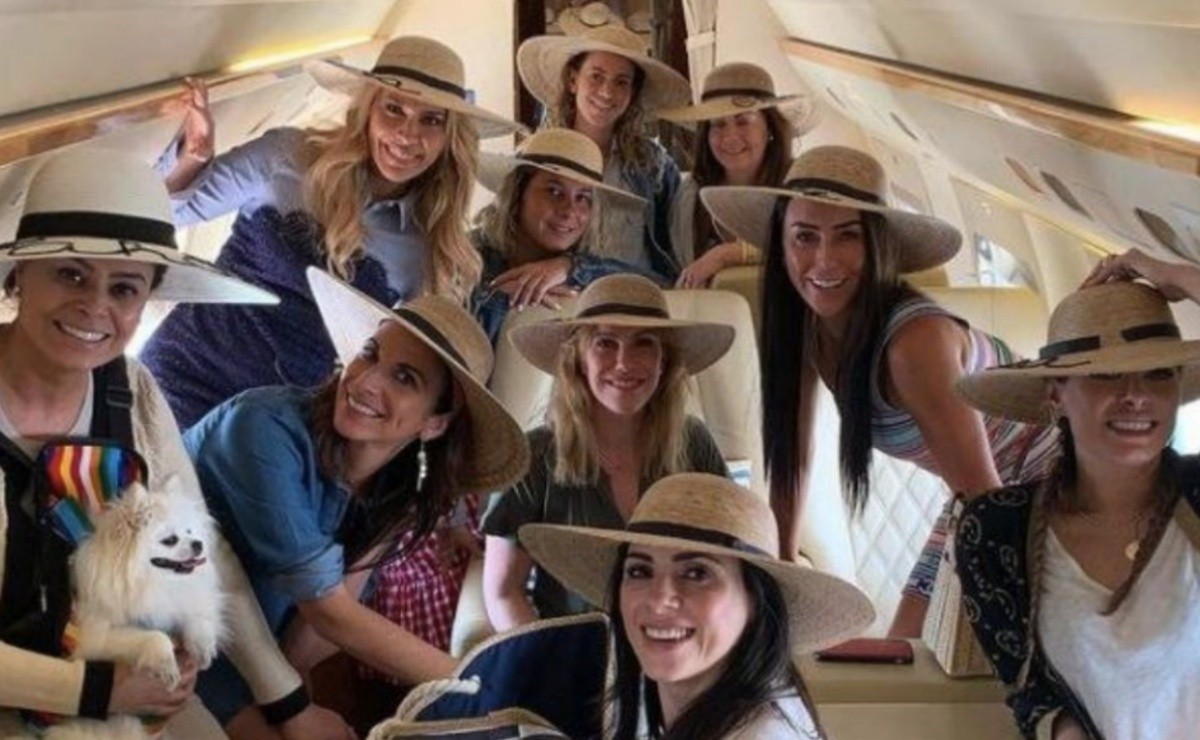 The day that Inés Gómez Mont invited Galilea and Yadhira Carrillo and 7 other women to a luxury party, they all traveled by private plane and champagne, the VIP party that she paid with the almost 3 billion pesos that she and her husband stole

Inés Gómez Mont invited Galilea, Yadhira Carrillo and seven other women to a luxury trip by private plane with champagne, money was not a problem, Inés did not skimp on anything and even had them make personalized bathing suits that said the name on the front of every one of them. The evidence has come to light again through YouTube and journalists who have closely followed this case.

Now that Inés Gómez Mont and her husband are fugitives from justice due to organized crime and operations with resources of illicit origin, the costly life of the driver and mother of 5 children has come to light. In the case of Yhadira Carrillo, her husband Juan Collado is already in jail for the same crimes as Inés and her husband.

Videos and photos of the millionaire coexistence were exposed in the verified and official accounts of the celebrities of Inés Gómez Mont and Galilea Montijo, the latter posted the gifts they gave her when they arrived at the party, and included a bottle of champagne. They all lived a moment of paradise with all the luxuries they had and to have.

This party came to light after it was discovered that Inés Gómez Mont and her husband diverted resources of almost 3 billion pesos, at the moment they are the most wanted couple in Mexico, some say they have already escaped to the United States. In the program "Chisme No Like", the journalist Ceriani and Elisa Beristáin unveiled a mansion in Miami Beach that belonged to the American singer and actress Cher, this property is located at number 64 of La Gorce Cicle, in the exclusive community from La Gorce Island.

Criticism of the couple is the order of the day, for the great life that has been given with the money of Mexicans, that while they, the ten women enjoyed a VIP party in Acapulco, millions of Mexicans were robbed of millions of pesos through shell companies that Inés and her husband had to divert resources that are almost 3 billion pesos.

The resource with which Inés Gómez-Mont, Galilea Montijo and Yadhira Carrillo belonged to the Mexicans, until now it is known that the husbands of these women are colluded in the scams. In the photos where they come out, their messages "My comadre and I" are read to Galilea, it is known that all have deleted the photos of that millionaire trip, but there are those who saved some captures that are being shown on the video channel.

The video that shows the luxurious party where Inés was the host, has been uploaded by Ana María Canseco, there you can see the evidence of the opulence with which these ten women enjoyed the private party.