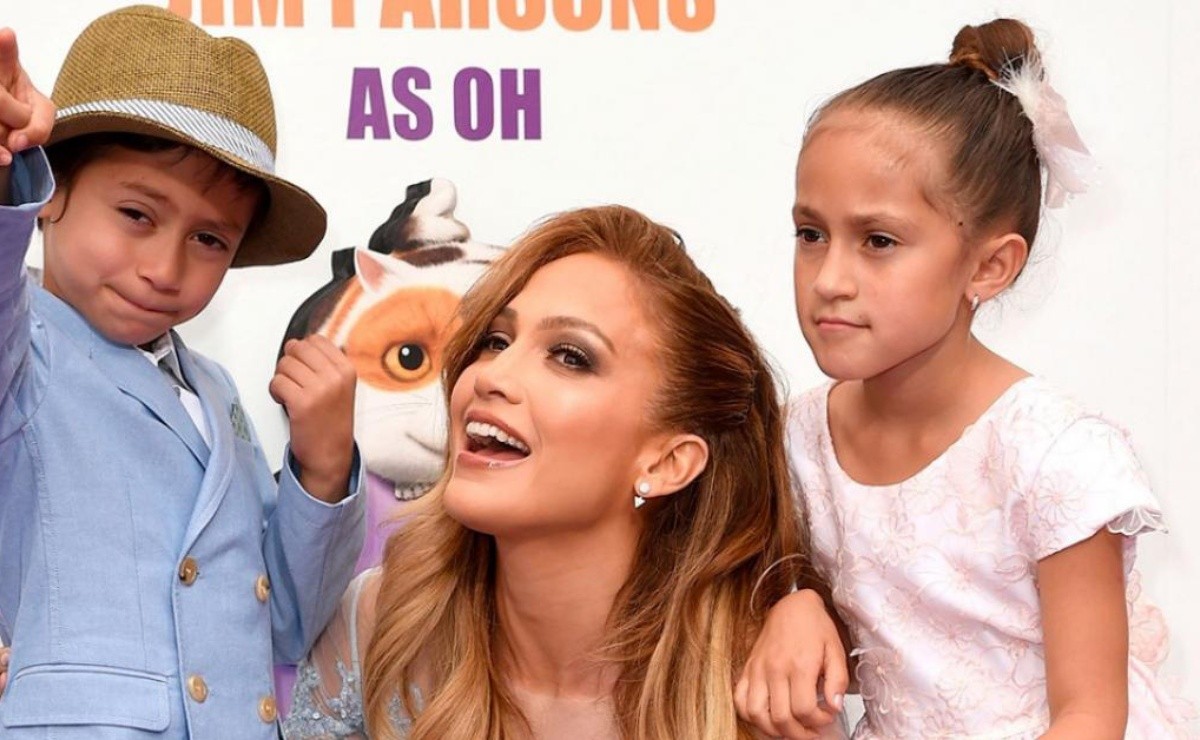 Through her Instagram account, the Bronx Diva showed a video where her twins show all their talent

Social networks went crazy after the singer Jennifer Lopez shared a video on her Instagram account, where her twins Eme and Max, the result of her failed relationship with Marc Anthony, could be seen singing and playing the ukulele. Her millions of fans congratulated the Bronx Diva as they consider the young siblings to be exceptionally talented.

In the clip Eme appears, playing the ukulele while Max interpreted the song reading the lyrics of it, sitting at the breakfast table. In a short time, the video reached a million 624 thousand 624 views and millions of comments where they complimented the little ones and assured that they are just as talented as their famous parents.

Incredible the girl as Jennifer and the boy as Marc

Just as talented as parents

It should be remembered that Jennifer Lopez made news again after she appeared on the Donatella Versace catwalk, wearing the same brand dress, but in an updated version, which she wore at the 2000 Grammy Awards. It should be noted that both in the Past and present, the piece has caused a sensation. The actress also left everyone with their mouths open as she walked confident and radiant wearing that iconic garment at 50 years old.

Everything seems to indicate that the young people will dedicate themselves to the world of entertainment, since they are demonstrating to have a fine singing voice, as well as a great facility for dancing. In the past, J.Lo had shared another clip on this famous social network where Eme was seen taking over the microphone while his brother Max dances just like his father.

Also read:  5 Years Without Juan Gabriel, Reveal That He Died Alone And Tired

It is no secret to anyone that the twins have been very lucky, since they have not only inherited the beauty of their mother, but also all the charisma of the salsero, as well as the fortune on the part of both. Since at their young age, Eme and Max are on the list of the famous children with the highest monetary value.

Since the actress announced that she was pregnant, at the fifth month of pregnancy, the magazines went crazy and all wanted to have the exclusive of the birth of the baby offering millionaire sums and knowing that there were two multiplied that amount.

However, the highest bidder was People magazine, who priced them at $ 6 million. As if this wasn’t enough, the separation of the music stars also left a great deal to Eme and Max. According to the TMZ portal, Marc pays $ 18,000 a month in child support for his children.