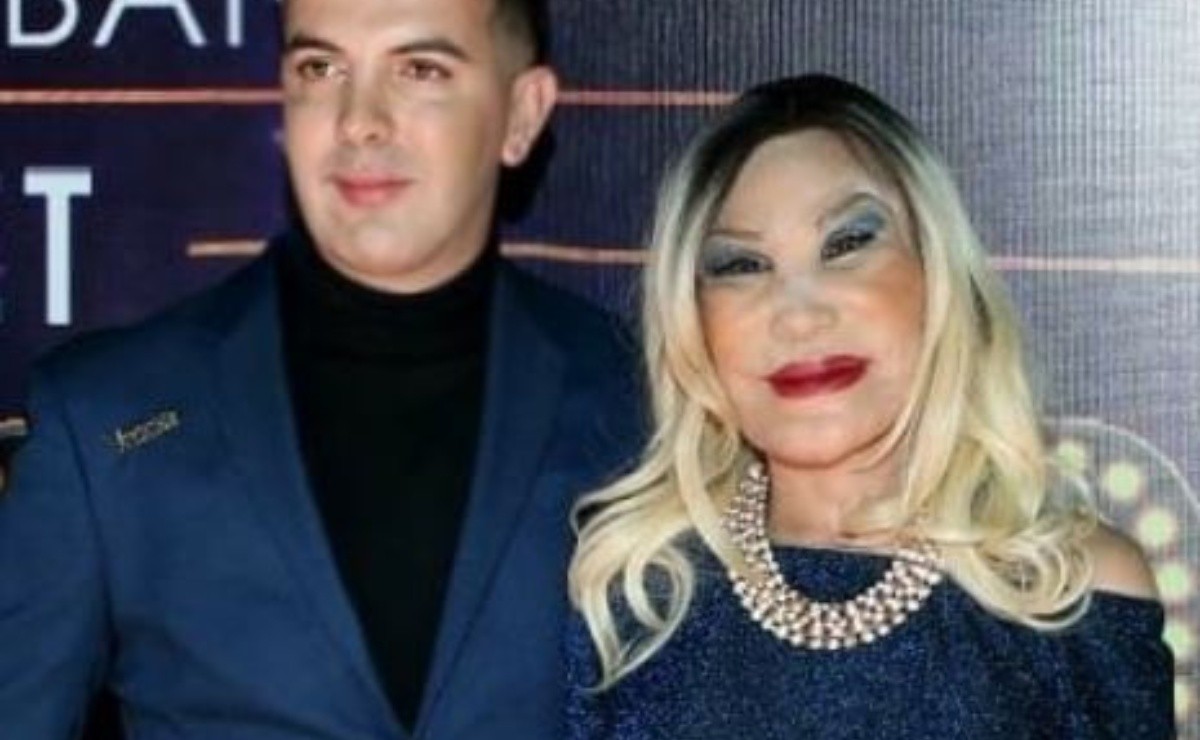 Lyn May, one of the most famous vedettes in Mexico, plans her wedding for December with the American businessman Markos D1

Lyn May has always been something to talk about, be it for her sensuality at the time of shows or for her eccentric acts in public life.

One of the most famous vedettes and actresses in Mexico, has announced for months the wedding with her current partner Markos D1, who is 30 years younger than Lyn May!

The couple undoubtedly monopolized the spotlight since it was officially announced as a bride and groom, and what to say about when they confirmed their wedding , because the age that they both are and the love they have for each other is very striking.

There will always be bad comments about it, like that at the beginning of their relationship, and throughout it, it has been said that the wedding between Markos D1 and Lyn May is nothing more than a publicity stunt for the singer and businessman.

Given these statements, the star has affirmed that she does not care what is said or if the rumor is true or a lie, because Lyn May affirms that she feels very happy, content and in love with her future husband, the singer Markos D1 .

The couple had already announced their wedding for November 2019. However, days before the established date, they decided to postpone it until December due to the difficulty of moving to Mexico for the groom’s family, Markos D1. According to various media.

The couple has raised all kinds of comments, which are mostly positive for both, only that they have been characterized as one of the couples who stand out for a small peculiarity: their age.

Also read:  Miley Cyrus did not want to have children to avoid polluting the planet

Markos D1 is 30 years younger than Lyn May, but that has never mattered to both of them, since since they began their relationship they have affirmed in various interviews how much they love each other and even more intimate statements such as the positions in which they like to do it.

The vedette is one of the most beloved and controversial in the country, and one of the personalities that has been inserted in popular culture since she began her long career. Figure who is now going through another of his many marriages soon.