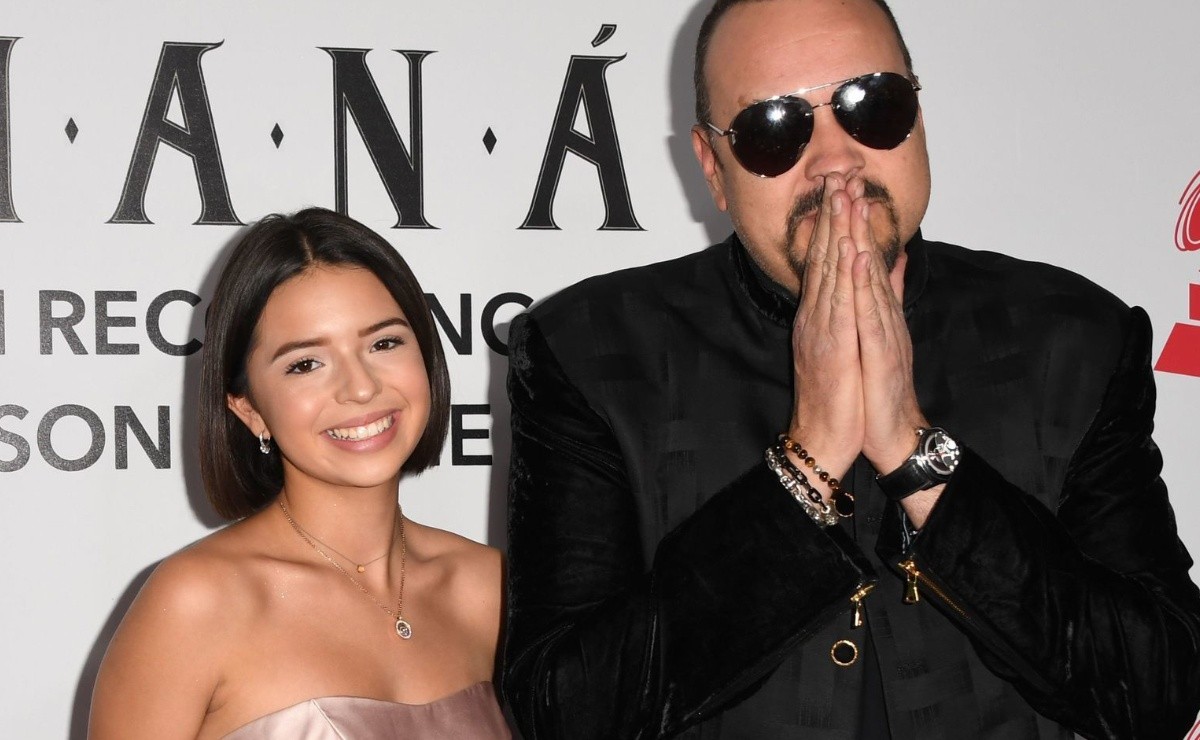 In fact, even a small blow with a hand fan hit the girl on the shoulder to keep her quiet. His anger was so great that he couldn’t help it. This was the attack of jealousy that Pepe Aguilar had with his daughter Ángela that went viral on social networks.

Antonio Aguilar’s son could not contain his jealousy, when he found out that there is another man in his daughter’s heart, who is venturing into Mexican music. In fact, he did not mind being in front of the camera to draw the attention of the youngest of his daughters.

Why are you giving prizes to that little boy

To which Angela, sure of her words, replied:

Well, because he’s my heartthrob and …

However, Angela did not finish her sentence as she was interrupted by her father while lightly whipping her with the fan on the shoulder. This whole situation occurred during the recording of Ángela Aguilar’s video clip, "Coranzoncito Tirano" in Zacatecas, located in a palenque, where a young man, who is Angela’s fictional heartthrob, participates in a bullfight.

Also read:  They Are The Children Of The Mexican Pugilist Saúl "Canelo" Álvarez

In this brave festival, the handsome young man stands as the winner, but not only of the bull but of the heart of the young singer, who places a flower necklace on him, at the time that they exchange glances of love and complicity.

It should be noted that Pepe Aguilar accompanied his daughter, whom at all times he cheered and advised in some movements and poses so that the video was perfect. Other than that he financed the filming.

Although it was all a joke between father and daughter, the 15-year-old singer has stated on many occasions that at the moment she does not plan to have a boyfriend since the most important thing is her career, she does not want anything else for now.

However, Angela also made it clear that if an opportunity arises, she probably will not close the doors to love, although she also said she was very respectful of her parents, so she would take them into account when making any kind of decision.

What is clear to us is that at her young age, the Llorona interpreter is reaping many achievements, despite the fact that she recently began her musical career. Now she is the target of all the media attention and her followers have not stopped flattering her beauty and especially her talent.

Also read:  The Man Who Knows The Dirty Laundry Of Celebrities