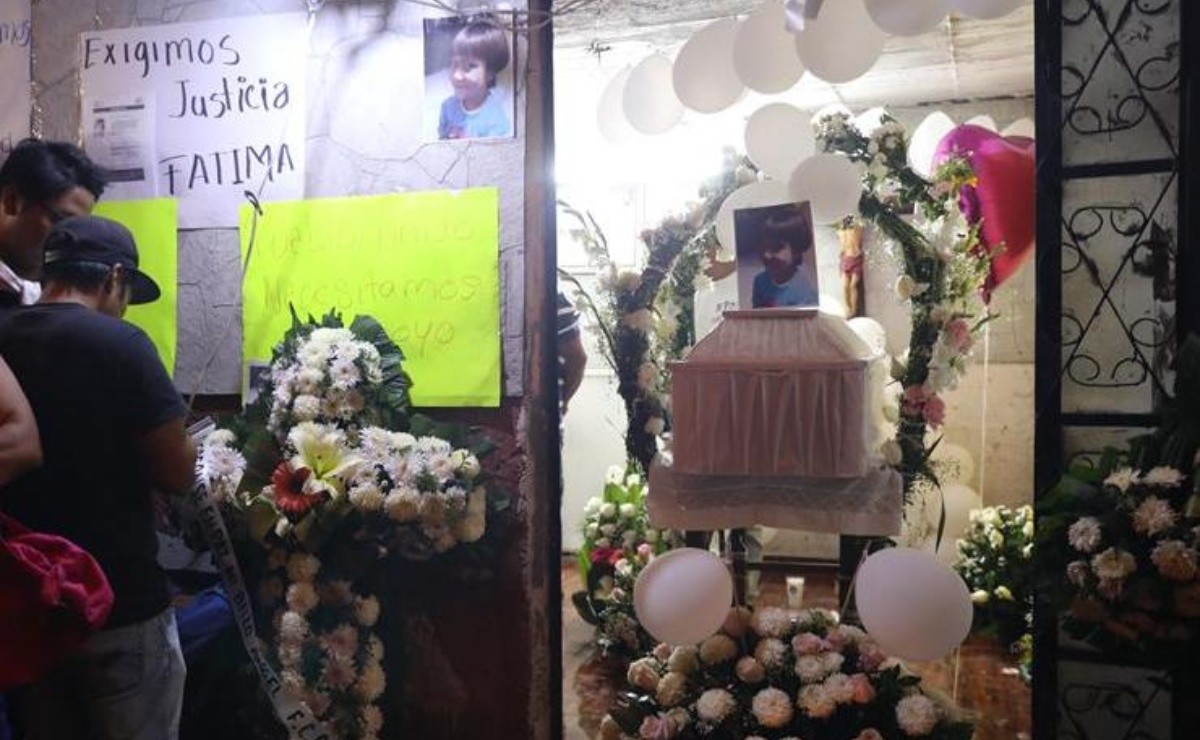 Justice is what everyone cries out for the seven-year-old girl Fatima who returned home, but for her wake

The inconsolable cry of the mother was heard at the wake, the little Fatima, only seven years old, was returning home but lifeless, a week of searching since a woman by all unknown took her out of school and appeared lifeless this Saturday in unexplained conditions.

Neighbors approached Fatima’s house, a few streets from the school where she was studying , where the wake was set up, to offer condolences and collaborate with money or food for the family, they put white balloons and flowers, as well as the photo of the minor .

"Now we are suffering for my granddaughter, tomorrow who is going to suffer for a son or a daughter. And in the past and so on. That the authorities are there to take care of the local and federal population," Guillermo Antón, grandfather of the victim, at the door of the home.

In addition, he reproached the school administration for letting Fatima out and not reporting that an unknown woman took her.

Both the grandfather and the neighbors agreed that Santiago Tulyehualco is one of the most criminal and insecure areas of the city, where many people organize to defend themselves, and they demanded that the authorities take action on the matter.

"We wanted as a people to unite and grab those damned for what they did. And the movement was strong last night," Verónica Camacho, a family friend, explained to Efe.

As a sign of outrage at what happened to the Fatima girl, on Monday the neighbors blocked access to Santiago Tulyehualco, located in Xochimilco, in the south of the Mexican capital, and demanded justice from the authorities. "They want to see our faces," they exclaimed.

At the door of the Enrique C. Rebsamen Elementary School, where the minor was kidnapped, they posted posters with messages of indignation such as "Not one more. Enough is enough", "For a people without violence" or "Justice for Fatima."

It may interest you: Mother of Fatima names a culprit and is accused of mental problems