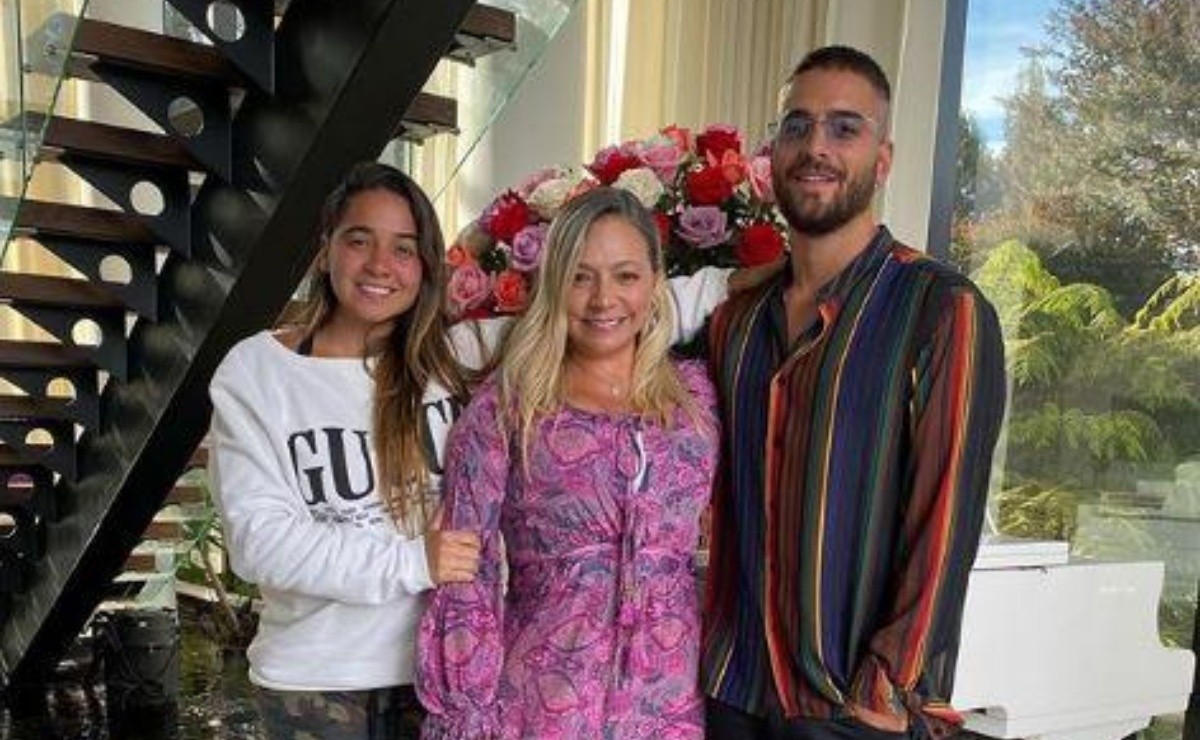 Five months he stopped seeing his mother due to the pandemic, but Maluma came to Colombia as a surprise and surprised the love of his life

The coronavirus pandemic is a fact that took everyone by surprise, just as it kept us locked up at home for months, it also separated us from our loved ones, as happened to Maluma.

The interpreter from Hawaii, like thousands of artists, stopped their concerts which to date have not resumed as before, Maluma had not seen his family or hugged his mother for five months, but he gave her a great surprise that made her cry.

Maluma is one of the most recognized artists not only in his native Colombia, but around the world and even there he traveled from the United States to have the best reunion with the love of his life, his mother Marlli Arias.

It may interest you: Adrián Uribe is already a father, his baby was born! his first PHOTO is tenderness

Through his official Instagram account, the singer shared this emotional encounter with a video, where it is seen that he reaches the door of his house, knocks and the one who opens is his mother who is surprised and screams with emotion.

Maluma’s mother is the most important person for him, to whom he owes everything he is and for whom at 26 years old he gets ahead thanks to her support, his family is something that protects too much reason why he keeps her in secrecy.

"I got home yesterday after 5 months and I gave my mother a little surprise," Maluma wrote in his post.

It is really emotional you see these images, without a doubt no matter how old the children are, a mother will always want them to return to their nest and give them a big hug, Marlli Arias knows of Maluma’s fame and values ​​the time he spends visiting them In colombia.

These months have made us value time, family and health, in a matter of seconds everything changes, so no matter how much material things we have and monetary wealth, in reality this hug with mom is worth more to him than everything.

In the video we also see Manuela Londoño Arias, Maluma’s older sister, who surely knew about the surprise since we see her recording her mother when she opens the door and sees her son.

Juan Luis Londoño Arias, is the real name of the singer who decided that his name was MALUMA paying tribute to his family, this name is composed of the first two letters of his mother, Marlli, his father Luis and his sister Manuela, the best of the meanings.