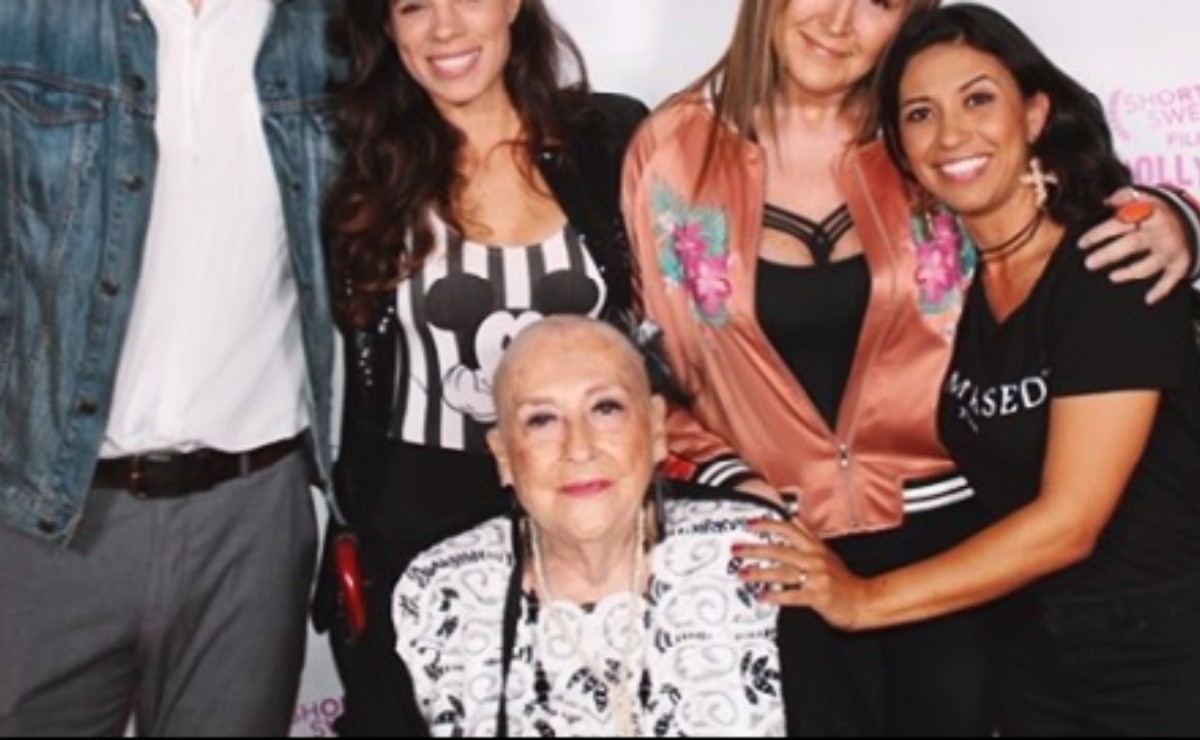 The death of the great actress of the golden age of Mexican cinema, Beatríz Aguirre, was announced.

Even without overcoming the death of José José yesterday, the unfortunate death of the notable actress Beatríz Aguirre , at 94 years of age, was announced today.

The ANDI (Mexican Association of Interpreters) was in charge of informing the general public of the sad death of the remembered actress of the Mexican golden cinema , through her official Twitter account, without clarifying so far the causes of the sensitive event.

Beatríz Ofelia Aguirre Valdéz, the interpreter’s full name, was born on March 21, 1925 in the town of Arteaga, in the Mexican state of Coahuila.

The #Directive Council and the #Vigilance Committee of @ANDIMexico , announce the death of the interpreter Beatriz Aguirre; which had a prolific career as a theater, film, television and dubbing actress, also belonged to the so-called Golden Age of Mexican Cinema. pic.twitter.com/NRgkrWc97e

After studying dentistry for a time, she decided to drop out of school to pursue a career in show business.

The First Actress had her golden age during the golden age of Mexican cinema, participating in feature films such as "Forbidden Love", On the Waves "," Mariachis "and many others. During this time Beatríz shared credits with actors of the stature of Joaquín Pardabé and Gustavo Rojo.

He also had a fruitful journey in the field of dubbing , lending his voice to give life to varied characters such as Widow Tweed in "The Fox and the Hound", Empress Marie Romanov in "Anastasia", the goddess Hera in "Hercules" from Disney, and Brachisaurus Baylen in "Dinosaur."

I am very sad. My friend Beatriz Aguirre passed away. A great actress of the golden age of National cinema. Rest in peace my dear friend. �� pic.twitter.com/kOIKjYbEgu

The actress also had countless appearances on the Mexican small screen, acting in soap operas such as "Sin Sin Conceido", "El volar del águila" and "De Few, Few Fleas." His most recent participation was in 2011 "Neither with you nor without you" where he gave life to Doña Miranda de la Reguera de Fernández ".

Another Great Actress who is leaving us. BEATRIZ AGUIRRE my condolences to her loved ones. May this admired and beloved Actress rest in peace. We will always remember her. CS.

Reactions on social networks have not been long in coming, and there are already several figures who speak out about the unfortunate event. Rest in peace.

It may interest you: Where is the body of José José, Mysteries of his death.