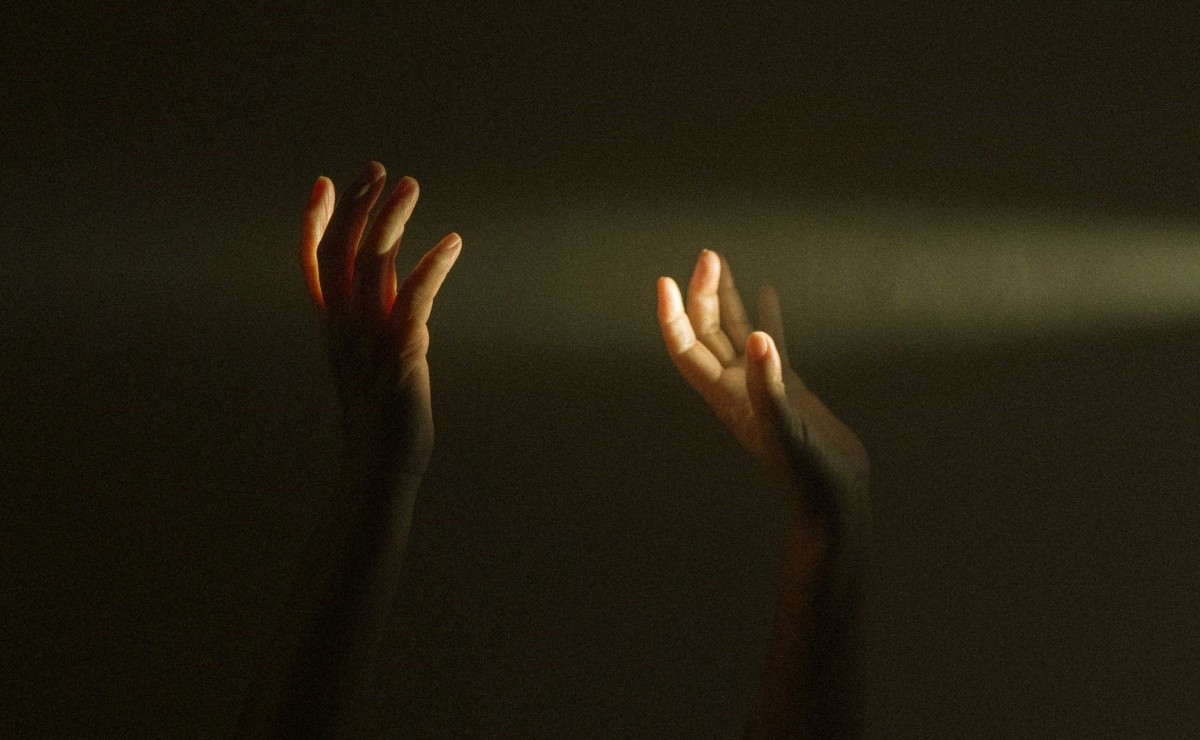 Erroneous or false information on these issues, or pseudo-therapies, also have serious effects on people’s health.

The pandemic came to leave society in the world sensitive and today, which is celebrated as World Health Day , experts have defined the Seven dangers and threats. According to the WHO, it describes health as: "a state of complete physical, mental and social well-being, and not only the absence of diseases or illnesses."

Throughout this last year, our health has been threatened and hit by the brutal outbreak of covid-19, but it is not only covid that poses a risk to the well-being of the population. There are other factors and habits that constitute serious threats and public health problems.

Many of these threats are related to lifestyles, especially eating habits, the consumption of certain substances and physical inactivity. Wrong or false information on these issues, or pseudo-therapies, also have serious effects on the health of women. persons. Fighting misinformation is necessary to improve the well-being of the population.

On March 11, 2020, the WHO declared that the emergency situation caused by the epidemic outbreak of COVID-19 was a pandemic. Since its appearance, more than 130 million people in the world have been infected and around 3 million have been infected. lost his life, according to WHO data.

The figures show the scale of this pandemic and its effects on people’s physical health.The long duration of the pandemic and the restrictive measures that have been put in place in many countries to stop it have also had devastating consequences on health mental population.

In November 2020, the WHO named the exhaustion and demotivation suffered by many people since the beginning of the pandemic: pandemic fatigue.The saturation of the health system by the coronavirus has led to significant delays in the diagnosis of other diseases, difficulty in accessing to treatments and even postponement of surgeries.

In addition, the phenomenon of disinformation has been especially serious in the context of the pandemic: hoaxes and false news have flooded the internet since the first cases. So much so that the WHO itself has even affirmed that “fake news is they spread faster than the virus itself ”and are just as dangerous.

Human health and well-being are closely linked to environmental quality, with environmental pollution causing more than 400,000 premature deaths in Europe every year, according to the latest data from the European Environment Agency.

Also read:  What You Must Do At Night To Wake Up With A Flat Belly

The death toll rises to 7 million people worldwide, according to the WHO. Most of these premature deaths are caused by cardiovascular disease. Nine out of ten people breathe polluted air, the toxic particles of which can penetrate the respiratory and circulatory systems and damage the lungs, brain and heart.

Pollution and other environmental hazards pose health risks to everyone, but have a greater impact on some people due to their age or health The most vulnerable groups, such as children, the elderly and families with low income and with access limited to medical care are more susceptible to its harmful effects.

The WHO warns that health will be affected by climate change through direct impacts (heat waves, droughts, severe storms and rising sea levels) and indirect impacts (respiratory and vector-borne diseases, food and water insecurity, malnutrition and forced displacement).

It is estimated that around the world, an additional 250,000 deaths per year will occur in the coming decades as a result of climate change.

The tobacco epidemic is one of the greatest public health threats the world has ever faced. Tobacco kills more than 8 million people a year: 7 million are direct users and around 1.2 million are passive smokers. Furthermore, smokers lose an average of 15 years of life.

Smoking, in all its forms, is detrimental to health. In recent years, alternatives to tobacco that are presented as "healthier" have been gaining popularity, such as the use of electronic cigarettes, smokeless tobacco or water pipes.

Although e-cigarettes seem like a healthier alternative to traditional ones, there is a lot of misinformation about it and consumers are often not well aware of the dangers.

Electronic cigarettes are neither used to quit the habit, nor are they safe. They contain the same substances as conventional tobacco (nicotine) and other chemicals and toxins that are harmful to health.

Although there is scientific evidence of the short-term harmful effects on health of these types of products, their long-term repercussions are still unknown.

Since they began to become popular, medical societies such as SEPAR (Spanish Society of Pulmonology and Thoracic Surgery) have positioned themselves against the use of these types of devices and warn that they are not safe: they can cause cancer, chronic bronchitis and respiratory infections.

The consumption of alcoholic beverages in social gatherings is very common in many parts of the world. In Spain, according to data from the Ministry of Health, alcohol is the most consumed psychoactive substance. Of particular concern is the age of onset, 14 years.

Despite the low perception of risk, especially among adolescents, alcohol consumption has negative consequences for health due to its toxic properties and the dependence it produces.

Although there are different patterns of alcohol consumption (ranging from low-risk consumption to dependence), the WHO insists that the zero risk associated with alcohol does not exist. Alcohol use is a causal factor in more than 200 diseases and disorders. In fact, every year there are 3 million deaths in the world due to its harmful consumption.

Almost 30% of these deaths are due to injuries, such as those caused by traffic accidents. In Spain each year around 1,500 people die in alcohol-related traffic accidents, and another 50,000 are injured.

Obesity has almost tripled worldwide since 1975 and with it have increased health problems such as diabetes, heart disease and certain types of cancer.According to the Spanish Society of Endocrinology and Nutrition (SEEN), obesity will reduce life expectancy in three years to 2050.

Especially alarming is the rise in the prevalence of childhood obesity around the world. According to the WHO, this is one of the most serious public health problems of the 21st century. The fight and prevention of obesity is based on two fundamental pillars: good nutrition and the regular practice of physical activity.

Physical inactivity or lack of exercise is considered one of the greatest risk factors in the development of cardiovascular disease. The good news is that a sedentary lifestyle is a modifiable risk factor. The adoption of a lifestyle that includes the practice of physical exercise improves the health of the sedentary person and reduces their cardiovascular risk.

The key is to modify sedentary lifestyle and leisure habits and transform them in a way that increases our level of physical activity and sport.

However, the Spanish Heart Foundation warns that, in the case of sedentary adults who have not done any type of exercise for a long time, it is advisable to consult their doctor: it is so dangerous for health not to do any sport as, in that situation, launch into an exhaustive exercise.

The other side of the coin of a poor diet is the miracle or detox diet. Many people follow these diets and procedures as a method of weight loss, which is a real public health problem.

The misinformation and fake news that circulate in this regard, mainly on social networks, aggravate the problem: despite the fact that doctors insist that there are no magic formulas to lose weight, these practices are increasingly widespread.

Miracle or detox diets promise to lose weight quickly, comfortably and effortlessly, even if it involves a significant imbalance of nutrients. The Spanish Nutrition Society (SEN) warns that, in addition to being dangerous to health, detoxifying diets are not necessary, since the body naturally purifies toxic agents through the liver.

Another ‘fad’ when it comes to eating is intermittent fasting. Some diets that include periods of fasting, such as the 5: 2 diet, have no scientific validity. In the long term, these methods achieve the opposite effect (rebound effect). In addition, they can have very negative consequences for the body and health, not only physical, but also psychological, and even end up triggering some type of eating disorder (anorexia, bulimia …).

Stress affects everyone, to a greater or lesser extent, at some point in life. In itself, it is a normal, adaptive mechanism: neither good nor bad.

Stress is a physiological response to situations that are perceived as dangers or threats. The problem appears when stress levels are high and prolonged over time, or when something that is not is interpreted as dangerous. When this happens, our health, both physical and mental, deteriorates.

The covid-19 pandemic is a clear example of this. Long exposure to situations that generate fear and stress is part of it. As a consequence, the psychological health of a good part of the population has deteriorated.

While it is true that the effects of stress on our psychological health are known, the negative consequences it has on our physical health are not so well known. Uncontrolled stress can contribute to many health problems, including high blood pressure, heart disease, obesity, and diabetes.

On a psychological level, stress can lead to problems such as anxiety or depression. According to the WHO, more than 300 million people in the world suffer from depression, a disorder that is the main cause of disability, and more than 260 million have anxiety disorders.