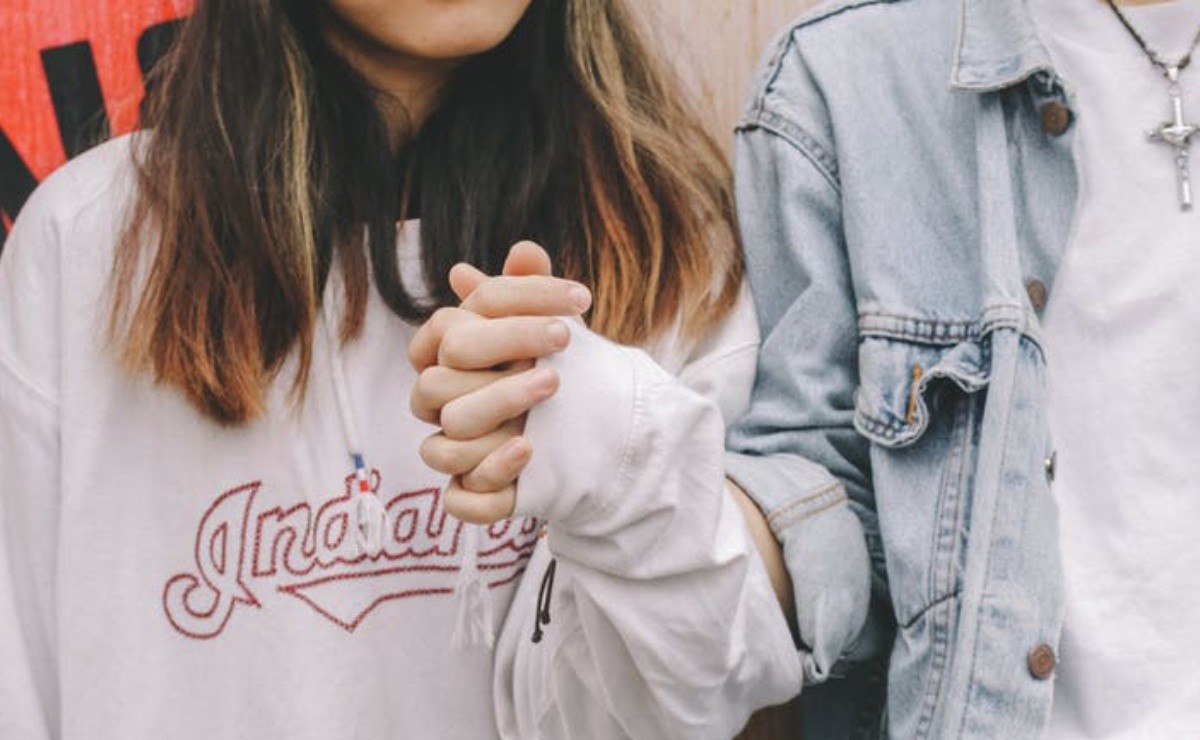 They say that when a person is for you, it does not matter the time, the distance and much less the circumstances and it seems that this is the tender case of Rachel Kirkwood who after 15 years and a date marries her high school sweetheart, Paddy.

The romantic love story of Rachel and Paddy is one more proof that love can do everything, since after 15 years of meeting in high school and having only one date they decided to get married.

Over a decade ago when they were both students, they didn’t even speak to each other, yet it was love at first sight, but no contact. As Rachel wrote in a blog post.

I was very shy and never dared to talk to him, only on Valentine’s days I sent him love letters anonymously, then I moved to another city and I never saw him again until … fifteen years later I found him on Facebook

In a statement to the Daily Mail, the enamored woman shared more details of the wonderful meeting and explained that she was on social media when suddenly a mutual friend suddenly saw her on Facebook.

I wanted to write to him but I didn’t even know if he would remember me, since we had never spoken

Rachel confessed that after thinking about it a lot, she decided to send him a message:

You have not changed anything

His surprise was bigger, when a few minutes later he answered

And that was how they began to talk and when they least expected it they already had daily conversations. After a wonderful week of loving talks, he proposed to meet.

When we saw each other it was as if we had known each other forever, there was an inexplicable spark

From that moment on, they began to go out on a daily basis. It was only two weeks after the first Facebook post when Paddy bought a house and asked Rachel to move in with him.

Also read:  What does the Three Kings Day mean and why is it celebrated?

Although it all seemed crazy, since they had little time to know each other, Rachel gladly agreed. After 8 months living together, the loving couple decided to get married knowing that their family was opposed to the union, because they considered that things were going too fast.

However, nothing and no one was going to stop the couple. Both decided to start a family and 4 weeks after the marriage, Rachel was expecting her first child together, without imagining the hard and sad moment that was to come, since it was a molar pregnancy, which ended her dream. Since the baby could not be.

Currently Paddy and Rachel’s family has undergone a radical change, since life blessed them as they often say, since after regretting that they might not be able to get pregnant again, in less than three years three babies arrived at their home and one more beautiful princess arrived a few months ago.

The family started with four: the loving parents, Oscar, 9, his son, and Oliver, 7, hers, then they welcomed Molli, their first daughter together in 2016, and just 6 weeks later Rachel was expecting some handsome twins. boys, Niall and Luke, who arrived in mid-2017

Saying goodbye to 2018, to be exact in November, the last princess came into their lives, little Orla. Currently the happy family shared that they feel full with the turn that their life has taken, although Rachel secretly confesses that it is a bit tiring to have babies of "so many" ages.

Also read:  This is how a man acts when he knows that you are the woman of his life