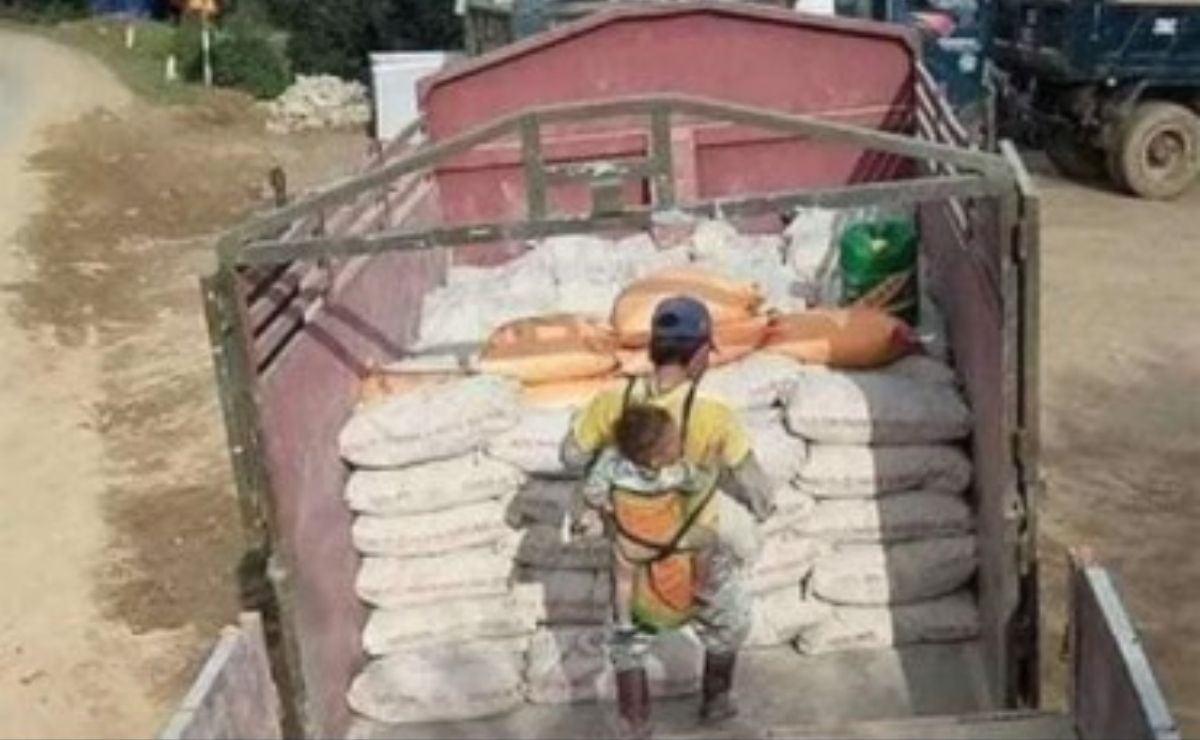 The need to eat, dress, wear shoes and lead a lifestyle that is as acceptable as possible, led this bricklayer to work with his little one strapped to his back, since this man is a widower and has no one to take care of him

After four years of publishing the images of a bricklayer carrying his son on his back while performing his duties, today social networks re-emerge this event that undoubtedly shocked everyone, and no one can deny that these are desire to work and get ahead; This bricklayer was left a widower and had to resort to this strategy because he has no one to take care of him; today we remind you of the story.

Nowadays it is very easy for many couples to leave their children with their grandparents so that they can take care of them while they are working, however, this strategy, despite having greater comfort, is not the most advisable, since in the first place, the child It takes care of their parents more than their grandparents, but beware, they are all important, it is just that the truth has to be told as it is, the children must live more with their parents than with any other member of the family, but unfortunately they abuse of these actions to delimit responsibilities.

This case undoubtedly represents the opposite, since far from fleeing those responsibilities, he faces them as a true warrior; But let’s go by steps, isn’t the work of a bricklayer very heavy when it comes to the strong sun rays, or the harsh winter? dehydration is another important point and the roughness of the work when having to load buckets, move heavy forklifts, go up, down etc. Is it that more than love is a complete irresponsibility?

Also read:  Labels On Foods That Would Help You Lose Weight

Being empathic, it is understandable that the man had to leave his home to provide his child with basic needs such as food, reason enough for which he had to go to perform his function where he can be seen carrying sacks of cement and mortar, which are quite heavy, these being approximately 50 kilos.

In 2013, the Construction Workers’ Union (UOCRA) brought a campaign to make cement manufacturers design bags with a maximum of 25 kilos instead of double, but so far it has not been approved; However, it would not be a bad thing to carry it out so that people who are in a situation similar to that of the Lord can perform more easily without having to make these types of sacrifices, which are to some extent risky.

Since these evidences were exposed in 2017, it has not been possible to find more information regarding the person, for this reason the name of the bricklayer and the current situation in which they are are unknown; the only thing that is known is that they live in Vietnam.

For many users, this man is a true example to follow, and with good reason, since love is demonstrated with deeds and not with words, today we are witnesses that there are still good people in this world and that they deserve what best of the best.

Also read:  Create A Padlock To Close The Teeth And Lose Weight