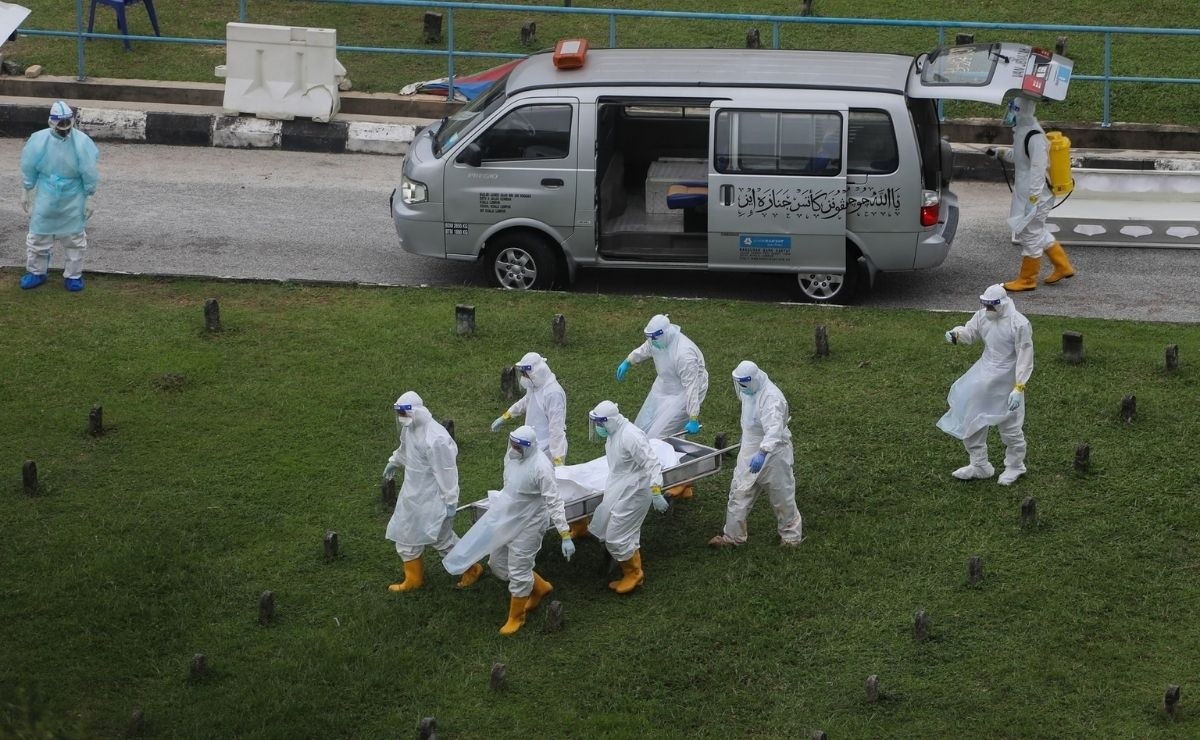 The American continent is on alert, since the Delta variant threatens to reach the United States and Mexico, which is going through the third wave of coronavirus.

The delta variant of the coronavirus is generating a serious alarm in America due to its ease of contagion and spread, especially in the United States, which reached record figures, and Mexico , which suffers a third wave.

This and five other news are the keys to the coronavirus in America this Wednesday, the day where 200 million infections were exceeded worldwide.

The advancement of vaccination in America has led to a very notable improvement in the data on infections and deaths from covid-19. However, the pandemic is far from being controlled and the appearance of the delta variant has shattered the most optimistic control estimates.

Such is the case in the United States, where according to the Centers for Disease Control and Prevention, the delta and its different subvariants were behind 93% of the cases during the last two weeks of July, so the Government does not rule out administering a third dose of the vaccines.

The same occurs in Mexico, where the third wave that hit the country was driven by the delta variant and keeps the population in suspense, which revives the fear of infections, the saturation of some hospitals and deaths.

Official data indicate that thanks to vaccination the mortality of this wave is 77% lower than that of the first peak of July 2020 and 87% less than the second peak of last January.

Even so, so far Mexico accumulates 2.9 million infections and 241,300 deaths, the fourth highest figure in the world after the United States, Brazil and India.

UNCERTAINTY IN BRAZIL AND ARGENTINA

The common denominator in America today is uncertainty because, for example, in Brazil, one of the countries hardest hit by the pandemic in the world, has exceeded the 20 million infected mark on Wednesday.

This figure was reached after the South American giant added 40,716 new coronavirus infections in the last 24 hours, bringing the total to 20,026,533 patients, representing 10% of the 200 million cases of covid registered on the planet.

Thus, Brazil is the third country with the most cases in the world, after the United States (35.3 million) and India (31.7 million).

Likewise, the increase in detected cases of the delta variant in Argentina raised concerns about the future of the epidemiological situation in the country.

The province of Córdoba is currently the most affected, after 14 cases were reported at the end of last week related to a passenger from Peru who entered the country on July 19.

The head of the National Institute of Health of Peru, Víctor Suárez, warned this Wednesday of the imminence of a third wave of coronavirus.

The new epidemiological event, which could begin in just a few weeks, will be driven by the presence of the delta variant already detected in the country.

For this reason, Suárez called on the population to be vaccinated to increase the figures according to which to date more than 5.5 million citizens have been immunized, corresponding to 20% of the target population.

The director of the Pan American Health Organization (PAHO), Carissa F. Etienne, reported that 617,000 indigenous people in the Americas were infected with covid-19 and almost 15,000 have died since the beginning of the pandemic.

"It is likely that there are many more infected, but we may not know it because they have had difficulties receiving the attention they deserve," Etienne said while urging countries to prioritize this population group.

In addition, he asked to ensure that health service workers are sensitive to the needs and languages ​​of aboriginal communities and "respect the tradition of ancestral medicine that they still practice."

The latest reports delivered by the Colombian health services show that the coffee nation is beginning to leave behind the third peak of the covid-19 pandemic by reporting the lowest numbers of deaths and infections in four months.

In this regard, the Ministry of Health reported on Monday 6,636 new coronavirus infections, the lowest figure since March 24, when 5,986 were recorded, as well as 218 deaths from the disease, the lowest number of deaths since March 5. April, when it registered 199.

"The figures for the last few days show a clear trend towards a reduction in cases, deaths, occupation of Intensive Care Units and hospitals, which is a sign of overcoming this third wave," epidemiologist Carlos Trillos explained to Efe. professor at the Universidad del Rosario.

Also read:  Who: Mexico The Third Country With The Most Deaths In A Single Day

VACCINE MANUFACTURING IN THE REGION

Amid regional uncertainty, the Chinese laboratory Sinovac announced this Wednesday that it will install a Coronavac vaccine manufacturing plant against covid-19 in Chile with the capacity to produce around 60 million doses a year, which will also be exported to other countries. of Latinamerica.

In this way, in the Metropolitan Region of Santiago de Chile a packaging plant will be installed that will begin to operate in the first half of 2022, producing doses based on preparations imported from China, representatives of Sinovac reported from the capital of the country together with Chilean authorities.

The project, which will have a total investment of 60 million dollars by Sinovac, also includes the installation in the northern region of Antofagasta of an innovation and development center, whose operation has not yet been scheduled, which in the future will allow the doses are produced entirely in Chile.

In this part of the world Coronavac has been used in Chile, Brazil, Colombia, Ecuador, Mexico and Uruguay.