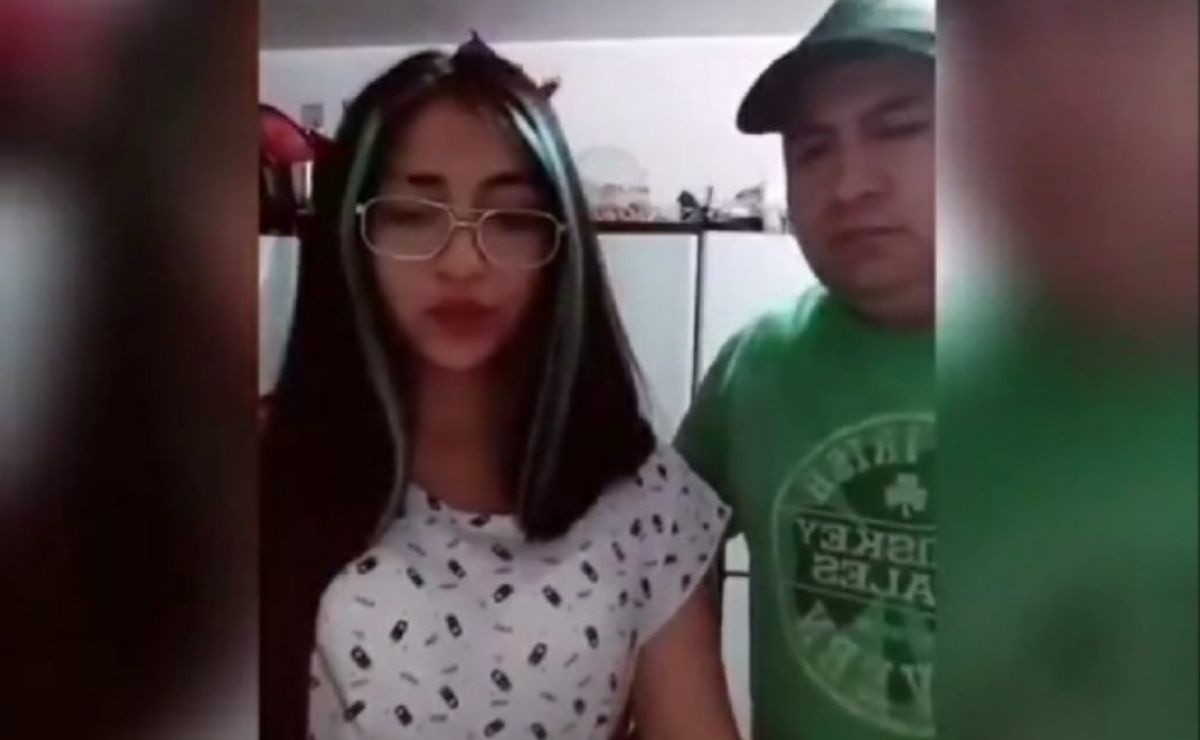 TikTok is undoubtedly one of the most popular platforms among young people, however, although its use is very fun, you must be very careful with what you do, since this comes to light

Many parents do not connect entirely with the use of the new platforms that are on the internet, this because their generation was completely different; In the case of girls, they are mostly cared for by their parents, but not so much for taking their trips from school or from home to go see their boyfriend, today is the internet, and this is even more alarming, especially when they are recorded and exhibited before a wide audience.

It is not the first time that a father also makes use of social networks to scold his children, and in general, the cause is the same, very sensual dances and in scant clothing; Today we will talk about a similar case where a young woman was forced to apologize for sharing videos doing the "twerking" dance. This style of dance is also known as "perreo" and her movements are very sensual and provocative, and of course not they are well seen in girls or young women, except for those who do it by profession.

In this video where the young woman apologizes, it can be seen that her speech was not sincere and spontaneous, since it gives the feeling of reading a letter that was written by her own father; at the beginning you can see a couple of seconds where the girl is completely on her back moving her buttocks to the rhythm of the twerking, and then her apology comes and after the scolding.

This video I am recording to apologize to my family and friends for the photos and videos that I have been uploading in which I denigrate myself, I do this with all the shame because it is not the education that my parents taught me

#Viral This man made a young woman record a video to apologize for making #Twerking posts on #Tiktok What do you think? pic.twitter.com/yAjW7HTF0T

The father then intervenes to ask: Who are you apologizing to? Why do you do that kind of thing? That’s what you are? Do those videos represent you in something? Are you that And finally he finished with a phrase that caused the response of many girls:

Despite the fact that in the video the father is calm and there is no physical aggression, many users considered that it was good for him to reprimand her but not in that way, since it ends up exposing her more than necessary, even thanks to this video the popularity of the girl has increased enormously, since it went from having a thousand followers to 95 thousand.

Because the use of these platforms is a trend, it is said that the young woman continues to make videos of this type, do you think it is okay for her to continue sharing videos with sensual dances? It is certainly not a good example for anyone, but it is today, do you support the father’s action? We would love to know your point of view, leave us your comment to know what you think about it.