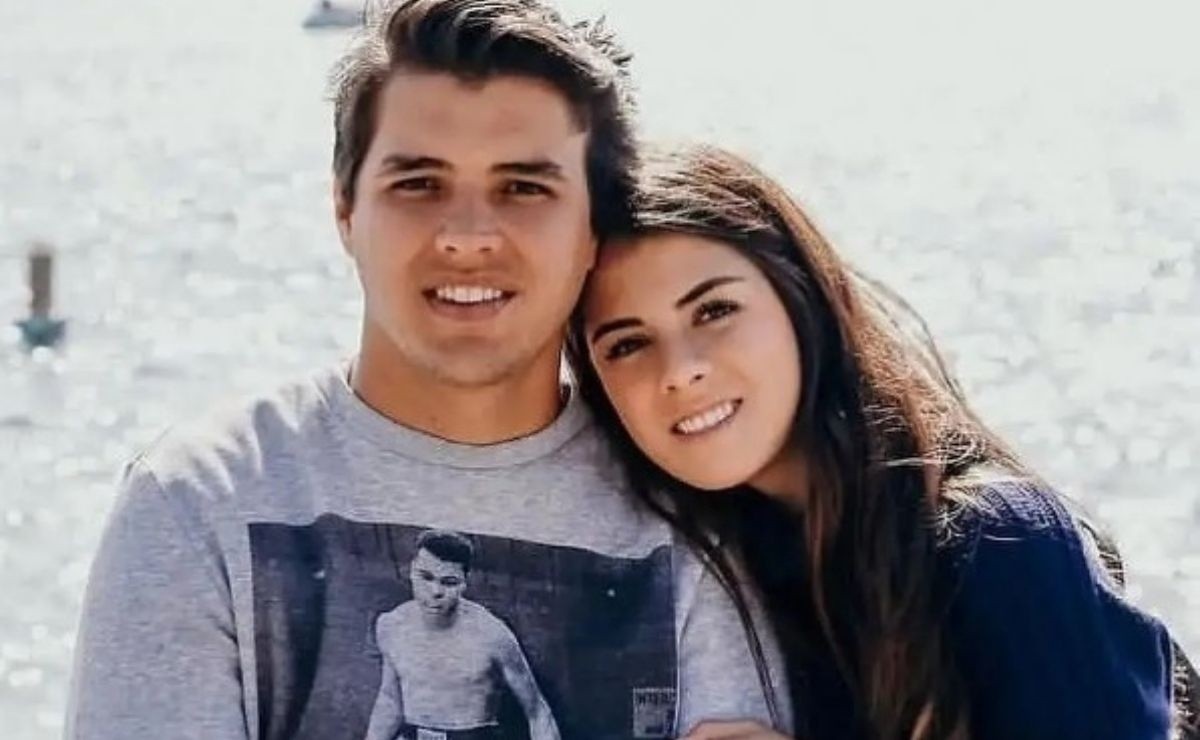 Paulina Peña Pretelini has just experienced one of the most wonderful moments of her life, the marriage proposal of Fernando Tena Jr, but who is this young man about whom little is known and who has joined the EPN family?

Paulina Peña Pretelini, is the name of the eldest daughter of the famous former president of Mexico, Enrique Peña Nieto, at 25 years old, Paulina has shared her life with her younger sister Nicole Peña Pretelini, both daughters of Peña and Mónica Pretelini, this the latter who died on January 11, 2007 in Mexico City.

Six years ago Paulina and Luis Fernando began a romance, and since then the couple has shown signs of their love, their story began in the United States in 2014, since they met at a Halloween party thanks to the fact that they met for some friends in common, at that time she was only 19 years old and he was 24.

Fernando Tena Jr is a young man of approximately 30 years of age who graduated from the Universidad Iberoamericana; his family is 100% involved in the world of soccer, talk about his uncle Alfredo Tena and Ramiro Tena (both former players), and due to the legacy, Fernando has also dedicated himself to soccer, but he does it behind the fields.

It was in 2015 when Paulina and Luis Fernando decided to formalize their relationship, and since then both have shared some special moments with their followers on social networks, such as their trips to the United States, Greece and Italy, where she has highlighted at all times that one of the things she loves most about him is his humility and nobility.

The secret of happiness is in counting the blessings, today I am grateful for the blessing of having you in my life. Congratulations boyfriend, Paulina published some time ago in a photograph where she was embracing her partner in front of a waterfall in Africa.

The city of New York witnessed that on September 15, through her social networks, Paulina Peña Pretelini confirmed that she was engaged to marry Luis Fernando Tena Alonso, son of former soccer player and technical director Luis Fernando Tena, the series of Photos show the exact moment her boyfriend is on his knees putting the ring on her, to which she happily wrote:

Yes, a million times and forever, I love you”

Now that they are together, it should be noted that Fernando has always been very reserved, so his Instagram account keeps it private, but his select group of followers include Fernanda Castro, Sofía Castro, (Daughter of Angélica Rivera), Sofía Rivera Torres, Ximena Navarrete, Jacqueline Bracamontes, soccer player Diego Reyes, among others, who also took the opportunity to wish the newly engaged the best.

Paulina for her part was never open in her personal life, however, there was a time when she declared that she was excited to get married and have children, so having accepted the commitment to Fernando we can appreciate that she is willing to start a family by his side.

Of course I want to get married, it’s something that gives me great hope. And well, I want four (children), but Fer says that three are enough

Invaded by happiness, this September 15 Paulina Peña experienced one of the happiest moments of her life when she saw her fiancé on his knees to give her the ring in New York, a proposal that she accepted very gladly while in the marriage proposal she looked a loose white blouse and flared black pants, also chose to wear some simple jewelry that combined perfectly, and Luis Fernando for his part opted for blue jeans and a gray shirt, giving this One more step in your love life. Long live the bride and groom!