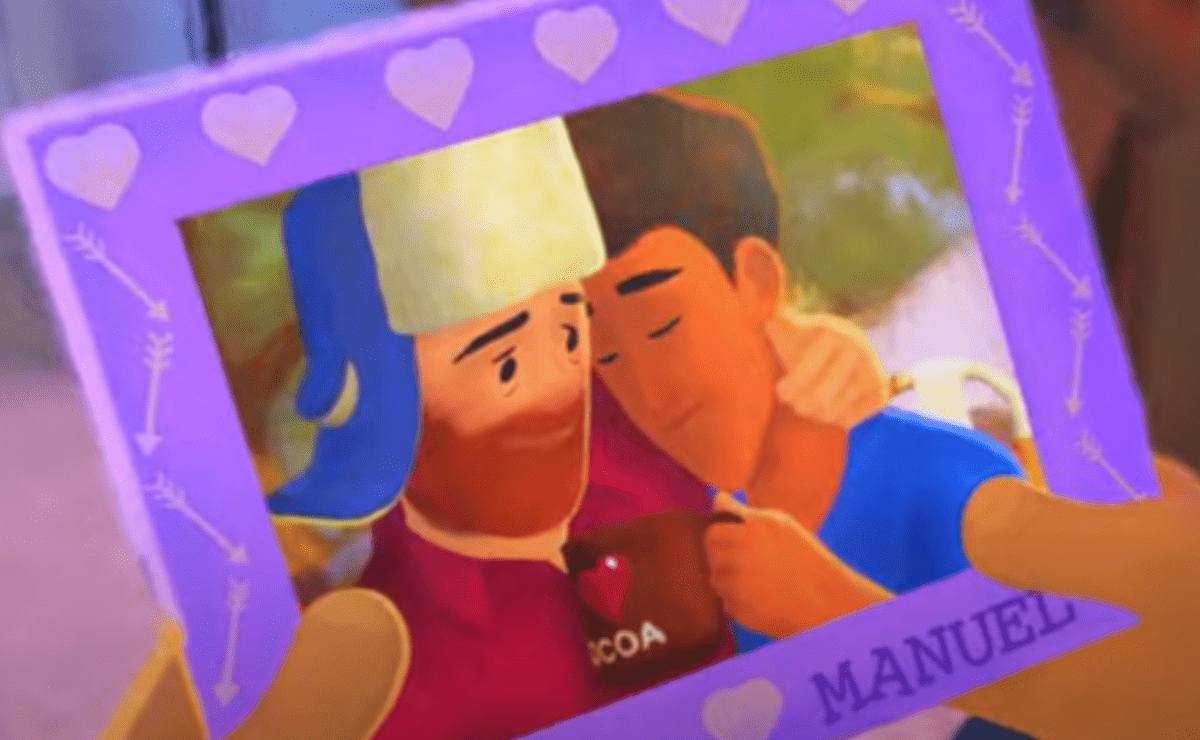 "Out" is the first LGBTI + themed short that Disney launches hand in hand with Pixar and that seeks to be seen by all.

A turn and an important step is the one that this industry has taken, "Out" is the first Disney Pixar gay short that seeks children without prejudice , as well as a society that does not discriminate and has a conscience.

That factory of creativity that has made millions of people dream of its stories, has given an important and different contribution, "Out" is the first Disney Pixar gay short that wants everyone to see, seeks children and society without prejudice.

A story with a different touch, but with a message of love, "Out" is the first gay short that Disney Pixar dares to make and seeks to reach children and society without prejudice, it has already had a great acceptance.

You can see: Newlyweds end up in the middle of a protest.

The stories of princesses and princes with a happy ending have given way to love, but within a short with an LGBTI + theme, it is "OUT" and tells the story of Greg, a young man who wants to move to the city with her boyfriend Manuel.

In the middle of the move, Greg receives an unexpected visit from his parents, who do not know that he is gay and he does not dare to tell them, but his pet Jim will help reveal the secret, having a plot with an impressive lesson.

The short lasts 9 minutes and the title "Out" refers to the expression "Come out of the closet", this new proposal at Disney Pixar, is written and directed by Steven Clay Hunter and was endorsed by the president of the studio, Jim Morris and producer Lindsey Collins.

Also read:  4 Tips For Young Couples Who Want To Enjoy Their Relationship

This short also becomes a gift for all Disney fans, who for a long time, have been crying out for a homosexual animated character, also wanting to reach children and society so that they do not continue with prejudices, only with the love.

This short "Out" is available on the Disney + platform, this proposal joins other projects that have already been carried out with small winks towards the LGTBI + community, such as High School Musical: The musical series and Star vs the forces of wrong.

Disney is looking to make its way towards the diversity of preferences, which has not yet been well seen by all its public, so in some countries they have been censored, but they continue with their proposals.