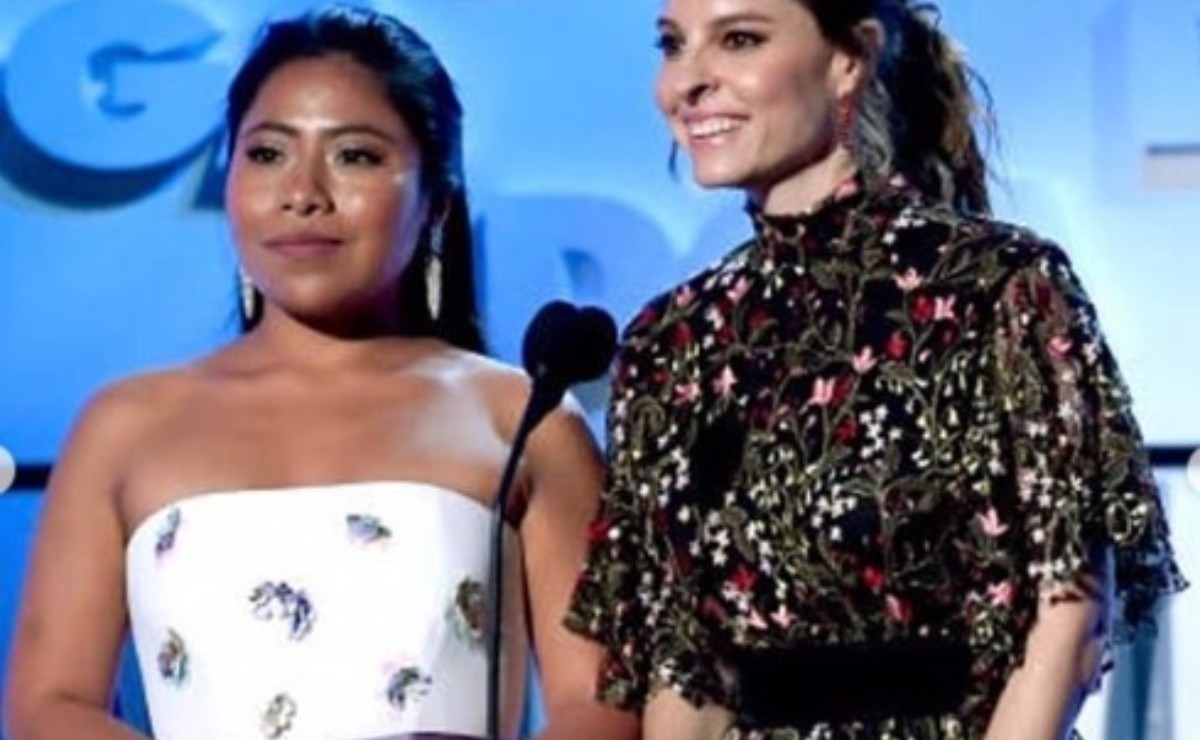 As is customary, the actress Yalitza Aparicio gave a lot to talk about. Everyone wanted to take a picture with her!

The film Roma , together with its director, Alfonso Cuarón, and his actresses Yalitza Aparicio and Marina de Tavira, was on everyone’s lips during the Oscar nominees luncheon, organized by the Hollywood Academy at the Beverly Hilton hotel in Los Angels

In this traditional appointment, actors, directors, producers, scriptwriters, composers, sound engineers and other nominated artists gather around the same table to learn about the ins and outs of their professions, leaving behind the nerves and pressure of the campaigns advertising.

The Academy invited a few representatives of the media to the event.

"It is wonderful to be here," she told Aparicio, cheered by those present when they called her to take a picture with the rest of the nominees.

"I am very nervous since all this is happening and I cannot take them off, but it makes me very happy to meet these people and have these experiences. Seeing so many celebrities sitting here, eating and so casual, is incredible," acknowledged the performer nominated for best actress.

Although Bailey did not refer to it, several sources confirmed to different media that the Oscars will be held without a master of ceremonies for the first time in 30 years, something to which Donna Gigliotti and Glenn Weiss, producers of the gala.

Gigliotti recalled that the winners of the golden statuettes will have up to 90 seconds from the moment their name is mentioned, while Weiss said that his goal is to organize "an incredible show" in three hours.

"Please, collaborate and you will be at the parties by 8.15pm at night," he said with a laugh. "I ask that the speeches are given from the heart and that they be brief, out of respect for the other colleagues," he added.

Viggo Mortensen, nominated for best actor for the third time, explained that he enjoys this event very much "because it is very quiet" and it is an ideal opportunity to chat with people he admires.

"You can talk to legends of the trade. There is no stress, there is no competition. It is something beautiful. I have to say that being nominated is incredible and helps my film Green Book, but it is also stressful," said the artist, who is in full swing filming in Toronto of his first feature film as a director.