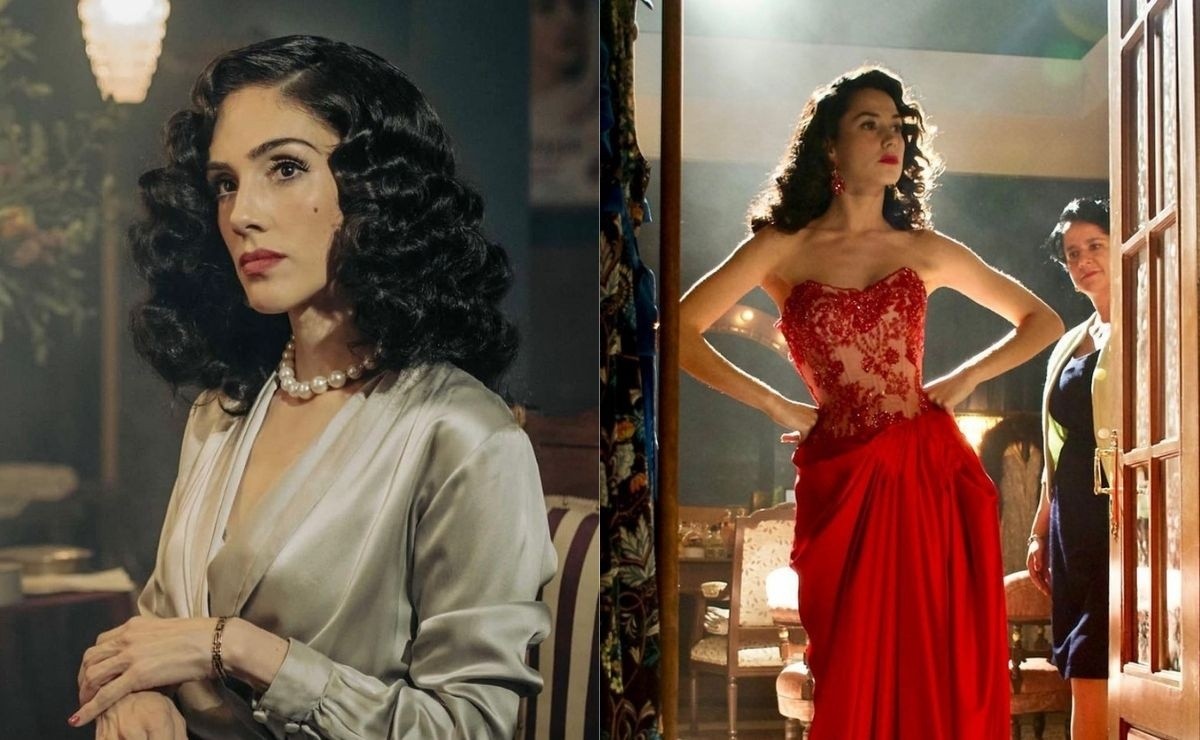 The series that tells the story of the Diva of Mexican cinema María Félix is ​​finally being recorded and although there were many stars who wanted to bring La Doña to life, Sandra Echeverría and Ximena Romo were chosen.

In real life, the legend María Félix (1914-2002) had two internal lives, the personal one and that of the character known to all, on both the Mexican actresses Sandra Echeverría and Ximena Romo debate when interpreting her in the series "María Félix, La Doña", a project that shows "another color" of the most impressive actress in Mexican cinema.

"There are two people, one is María Félix and the other is María. The character of María Félix loved herself very much, but I do believe that María also loved, I think she liked love , but I am sure that for her she did not It implied stopping loving herself," Romo tells members of the press from a project location.

Dressed in ivory and black in a 1940s tailored suit, Romo is about to capture the moment in which composer Agustín Lara asks María Bonita , as he called her, to marry her.

The series reflects three stages of the Mexican diva, Ximena has to give life to the second María from 16 years to 31, a definitive time in the life of the actress of " Tizoc: Indian love " (1957).

"I am touched by the time when she becomes María Félix, the woman we know today, I have thrown myself into making a María who can break, who also hurts things, who had to play strong and at the same time not lost the essence of Maria, the most important thing is to know the human being behind", says Romo.

The 32-year-old woman says that she has felt Félix’s presence close to her during filming and confesses that "she had never done such crazy things for a character", such as going to her grave to talk to her, writing letters to her, or taking classes. riding.

FROM MARY TO LA DOÑA

For her part, Sandra Echeverría will give life to the last part of the actress’s story. The filming of the day is a little behind schedule due to the effort that her characterization requires, such as how long it has taken to close the corset that has left her with a tiny waist like that of "Maria pretty."

"It has been a great challenge since changing my voice, my way of speaking, of articulating, of having gestures, of moving my hands, it is a work of many months of a lot of study of watching it to be able to memorize it", says the actress who even he confesses that he has to vocalize to bring his character to life.

Echeverría was visualized by the producer Carmen Armendáriz from the beginning who saw in the features of the Mexican some very similar to those of Félix.

"I know that it is a total fortune to be lucky enough to play this character, for five years they thought it was me and I face it by concentrating on my work, I know that I am not a ‘gold coin’, nobody is, but we are all giving the best of us," he assures Efe.

"This is not a bioseries", announces the director of the project María Fernanda Suárez and adds: "it is impossible to make a biography of María Félix, we chose what we believe had a very important weight in the construction of María".

The project has eight chapters that can be seen on the Vix + platform on July 21 once the global launch of the new streaming service.

"María Félix is ​​indefinable. Everyone believes that success is easy, but you have to know her, this series aims to take us to the person, to all the avatars that built her and the price she paid to be María Félix".

A FEMINIST WITHOUT A TITLE

From the point of view of the three heads of history, María Félix was an unusual woman, an untitled feminist who left a series of teachings on being a woman and self-love.

"It is very important that all new generations know her, she was a woman who was super ahead of her time and who really marked history ," says Echeverría.

"(Women) We have to learn about selfishness. They have taught us that we cannot be selfish, we cannot want things for ourselves, we have to want, be selfless, but Mary teaches us that we have every right to be selfish and that we can do ethically," says Romo.