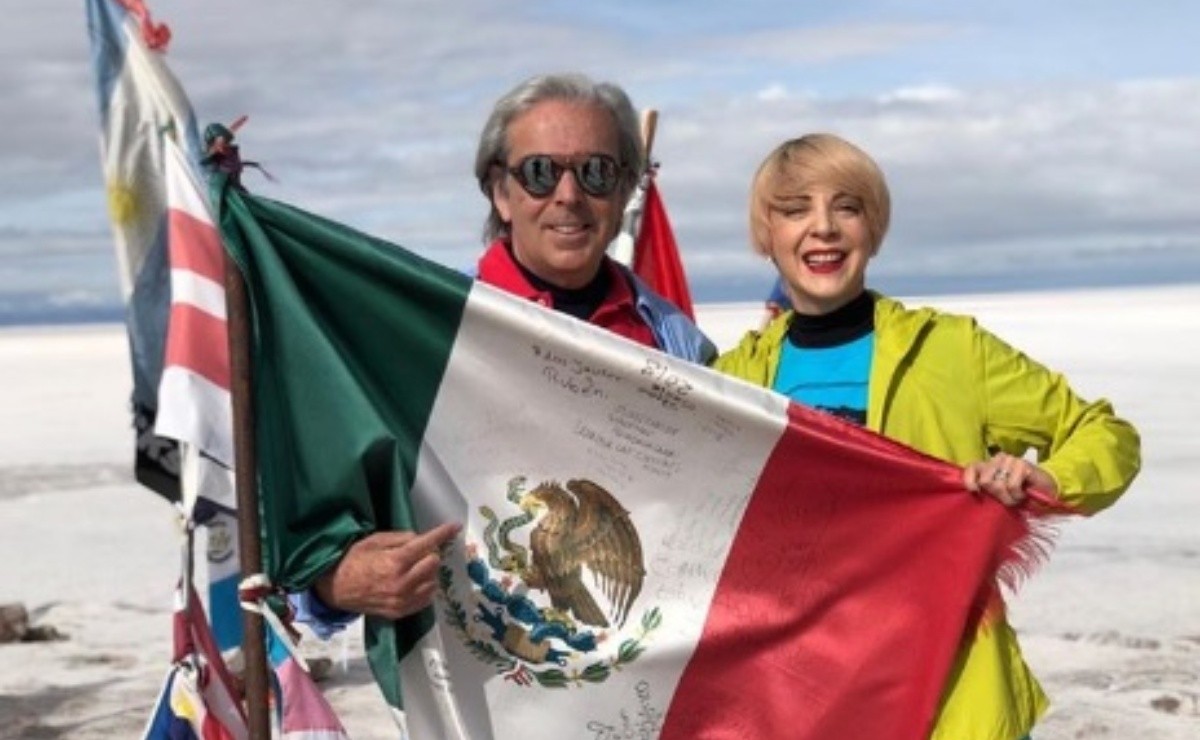 Yesterday the actress, Edith González, a victim of ovarian cancer, a disease she has been fighting since 2016, died, after confirming the event, her husband Lorenzo Lazo placed a sign of mourning on their social networks .

The mourning sign of Edith González’s husband was posted yesterday on his Twitter and Instagram accounts. It is about the image of a black bow, which, curiously, was not accompanied by any special message.

Thus, without words, the economist Lorenzo Lazo publicly said goodbye to the woman he loved and with whom he shared incredible romantic trips.

The publication has received thousands of comments of encouragement and expressions of affection towards Lorenzo in the face of the loss of his wife at 54 years of age.

It should be remembered that from the early hours of yesterday the news of Edith’s death was spread, a fact that was confirmed hours later by the family through a press release in which the details of the death were explained.

Edith González and Lorenzo Lazo got married in 2000 and for work reasons their marriage was very intimate. They never hesitated to show off photos of the romantic moments they shared as a couple.

Lorenzo Lazo has a distinguished career as an economist and is currently the director of the Alemán Velasco y Asociados law firm. Until now, it has not been reported what will happen to Constanza, Edith González’s daughter after the death of her mother.

Since yesterday, the media have followed up on the issue of the death of Edith González. Today at 11 am, the National Association of Actors (ANDA) will pay tribute to him at the Jorge Negrete Theater.